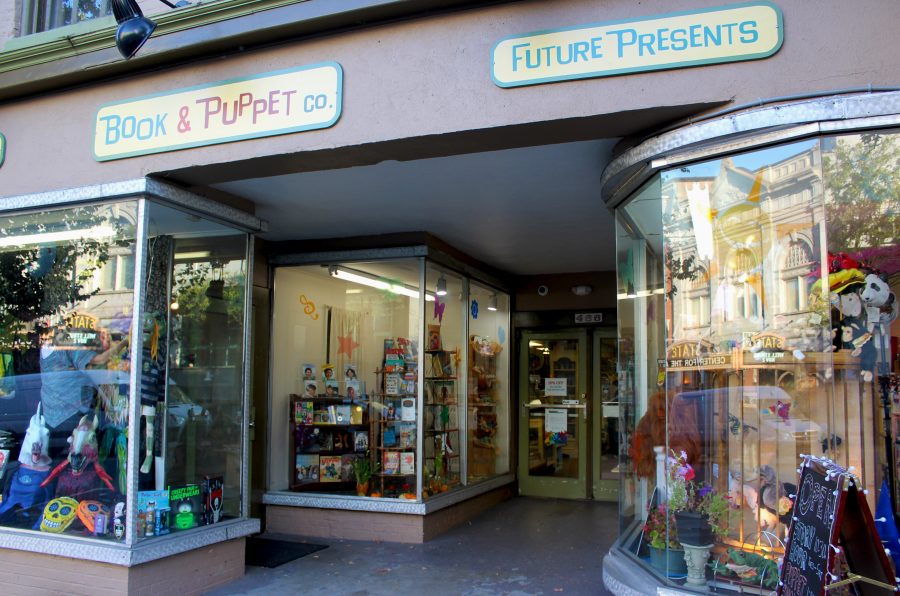 Book and Puppet Company operates as both bookstore and puppet theater. (Photo by Adrianna Barazotti '21)

Laties said Book and Puppet hosts around fifteen events per week. These events include story hours, puppet shows, writer’s group meetings, political candidate’s forums and needle-felting workshops. Book and Puppet also regularly offers graphic novel workshops for aspiring graphic novelists. He added that anyone interested in this field should take advantage of this service, as both Laties and Midgal are graphic novelists. Aside from conducting puppet shows, Midgal is also an editor of the political comics anthology “World War III Illustrated,” the longest-running political comics anthology in the nation.

While Book and Puppet Company is most advertised for its books and puppet theater, it also hosts various social-action and political events. Lafayette students might be interested in these events, Laties said. This Friday, a candidate’s forum will be held at Book and Puppet Company, where candidates for the Easton City Council and Northampton County Council will speak.

Book and Puppet also regularly hosts open mic nights, as well as puppet shows for adults on Saturdays at 9:00 PM, which Laties described as often “raucous” events. According to Laties, Midgal is the puppeteer for both children and adult puppet shows.

While numerous smaller-scale bookstores have fallen prey to the rise of book-selling corporate giants like Barnes and Nobles and online book stores, Laties holds that “at this point, it’s a very good time to be opening independent bookstores.”