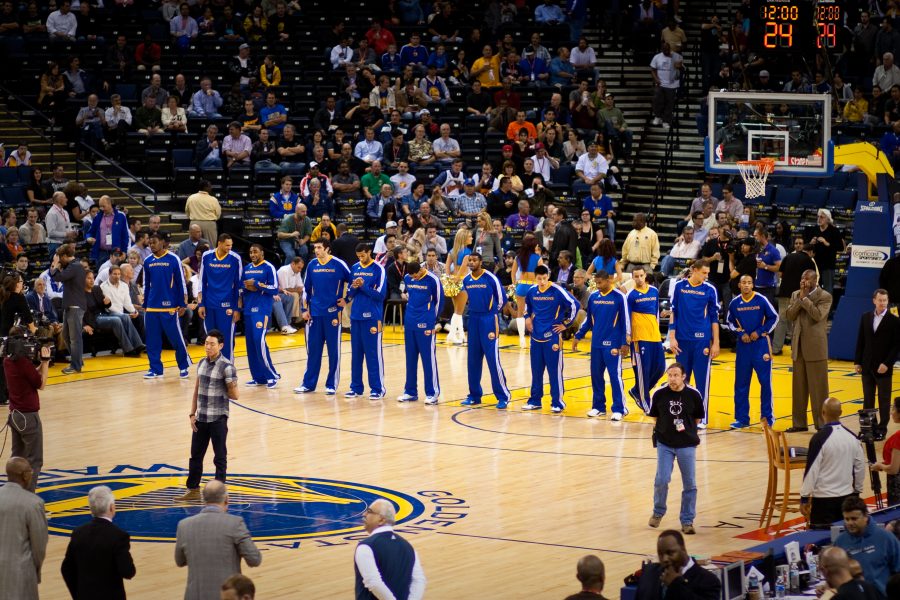 I’m not sure what the Bulls were thinking when they traded Jimmy Butler, but it was one of the biggest mistakes they could have made last offseason. Butler, who is arguably one of the best shooting guards in the game right now, was traded to a young but promising Timberwolves team. He joins Karl Anthony Towns and Andrew Wiggins, who are both superstars in their own right. Towns averaged 25.1 points and 12.3 rebounds per game last season, while Wiggins put up 23.6 points and 2.3 assists per game last season. The addition of Butler, who can play offense just as well as he can play defense, only enhances this team’s potential, and I see this team going very far this season.

The arrival of Lonzo Ball and Kyle Kuzma generated a lot of hype for the Lakers this year, but I still don’t see them doing any better than last year. In his debut, Ball contributed 3 points toward a 108-92 loss to the Clippers. I realize this means almost nothing considering it was his first game, but this was an example of what’s left to come for Ball: a huge target on his back. The more his father LaVar Ball speaks, the bigger the target gets—just ask Patrick Beverley. Aside from this, just look at the conference the Lakers are in. Even if they do somehow make it to the postseason, they’ll have to face the Warriors, OKC, the Spurs… the list goes on.

Ninety-three percent of the general managers in the NBA themselves are predicting a back to back win from the Warriors, according to an NBA.com survey. They have it all—last year the combined total 3’s made by Nick Young, Stephen Curry, Klay Thompson and Kevin Durant would have put them fourth in the league. There’s a good mix of experienced players and rookies. The startling lineup is unmatchable. The depth on the team is incomparable. Get ready for a back-to-back championship run by the Golden State Warriors.

In yet another year where super teams are glorified, the Grizzlies may be the kryptonite. With their emphasis on defense with Marc Gasol and Mike Conley, and a sneakily effective and balanced offense, this team evens the playing field with other offensively strong teams. Whether they procure a top playoff seed or sneak in as a lower rank, they can cause trouble to the best of teams.

This team is not built for 2017-2018. Isaiah Thomas is injured and their veterans are on the wrong side of their prime years. LeBron James will have to carry the team without Kyrie Irving, and it’s a long season. They’ll still make the playoffs, but they aren’t going to be a lock in any of the rounds.

The Warriors have so much offensive firepower, but also a defense that gets overlooked. The Houston Rockets and Oklahoma City Thunder have chased the big names, but the Warriors have experience and chemistry on their team. On paper, other teams look like they will contend, but they still have a large gap to fill. The team that was one game away from having three straight championships is still going strong. Audiences and opponents should expect more playoff dominance again in 2018.

When they traded Paul George for pennies on the dollar this past summer, many expected Indiana to be near the bottom of the already weak Eastern Conference standings. Instead, they’ve surprised with a 4-3 record early on, and that’s while missing their best player, the shot-blocking phenom Myles Turner. Victor Oladipo looks reinvigorated away from Russell Westbrook’s ball dominance, and the offense is flowing with another new addition Domantas Sabonis, creating space for the rest of the team. If things go well, they could find themselves back in the playoff picture again this season.

The Blazers are going to be a solid team this year. They’re just not going to be great. A depth-starved squad with 4 offensive minded players in the starting 5, this team is one of the most exciting to watch on NBA League Pass. When it comes to winning postseason games, they don’t have the best formula for success. Their backcourt is among the best in the league, with Damian Lillard and CJ McCollum scoring over 25 ppg each. Center Jusuf Nurkic started strong after he was acquired in a trade last season, but has really struggled finishing at the hoop, and his mobility on defense leaves much to be desired. Especially in the gauntlet that is the western conference, the Blazers may run into trouble early.

If I were to be given the option to choose the field against Golden State for the title this season, I’d still go with the Warriors. They bring back a level of continuity that by far has the most talent in the league, with 4 top-20 NBA players. Not only do they have a plethora of talent, but it all fits together sublimely, with seemingly each player on their roster being incredibly versatile. The additions of Nick Young and Jordan Bell bring more talented players onto the squad, and Kevin Durant should only improve after another year of acclimating to his new teammates. Add in the strong coaching philosophy instilled by Steve Kerr and you’ve got the makings of a seemingly unstoppable dynasty.