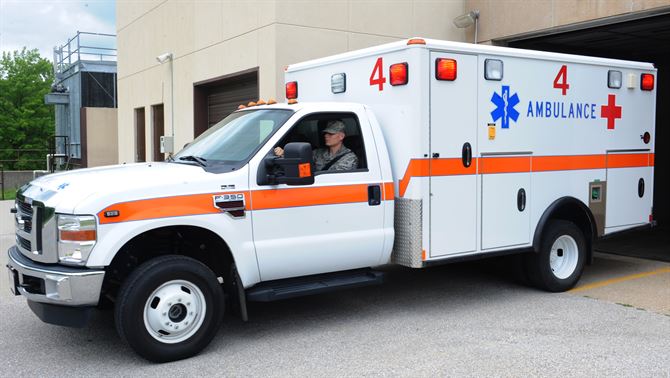 The LeapFrog Group is a national nonprofit organization that aims to increase quality and safety of American health care, according to their website. It uses information about “errors, accidents, and injuries” and “the management structures and procedures a hospital has in place to protect patients from errors, accidents, and injuries,” to determine a hospital’s grade ranging from A to F. Easton Hospital joins 37% of hospitals graded with a “C” rating. Thirty-two percent received an “A,” 25% received a “B,” 6 percent received a “D,” and less than 1% were given an “F.”

He added he feels many criticisms of the hospital result from its size and available resources.

“Easton Hospital happens to be a smallish community hospital without the resources or specialty services that other hospitals have. That being said, I still think they provide a decent level of care for an average community hospital of their size,” he said. He added it doesn’t benefit from the same resources as St. Luke’s University Health Network or the Lehigh Valley Health Network.

“I’ve gone [to Easton Hospital] as a patient, so I still have confidence in them. I think their ER is adequate, I think their inpatient services are actually good. And over the years as I’ve had students admitted to the hospital they’ve actually done a really good job,” Goldstein said. He cited an incident earlier this year where the Intensive Care Unit saved a student’s life.

While Goldstein said he is pleased with Easton’s care, he added that the college benefits from a partnership with St. Luke’s Anderson Campus, as students from Lafayette are prioritized in their emergency room.

“As part of our contractual relationship, a system whereby a student is transported via public safety or with any of the sports medicine trainers—it’s not public knowledge, but knowledge within the college—they are fast tracked into a system within the ER and kind of go to the head of the line so they don’t have to wait in the waiting room,” he said.

“You can have a bad experience at any hospital depending on your provider. So I think it’s a decent hospital, it’s just not St. Luke’s and it’s not Lehigh Valley and that’s why we worked hard to create this partnership [with St. Luke’s].”

Earlier this year, Riley Alvaro ’20 had a poor experience at Easton Hospital when she broke her toe.

“I had to hobble around the waiting room, I was in tears because the pain was so bad. No one helped me to the bed, my friend had to help carry me; I wasn’t even offered a wheelchair,” Alvaro wrote in an email. “I was not given anything for the pain, no Advil, no ice. I was lying in the bed backwards so I could keep my foot elevated to alleviate the pain.”

After waiting to go for an X-ray, Alvaro said she was not even shown the X-ray, nor did the doctor tell her where her toe was broken or any treatment advice. Her father later drove from New Jersey to bring her to another hospital to receive more treatment.

Morena Koorie ’20, an Easton resident, said both of her parents underwent surgeries at Easton Hospital and had positive experiences. Koorie’s mother had back surgery and said she believes the hospital gets a “bad rap” but that her mother’s surgery and post-op care were done well.