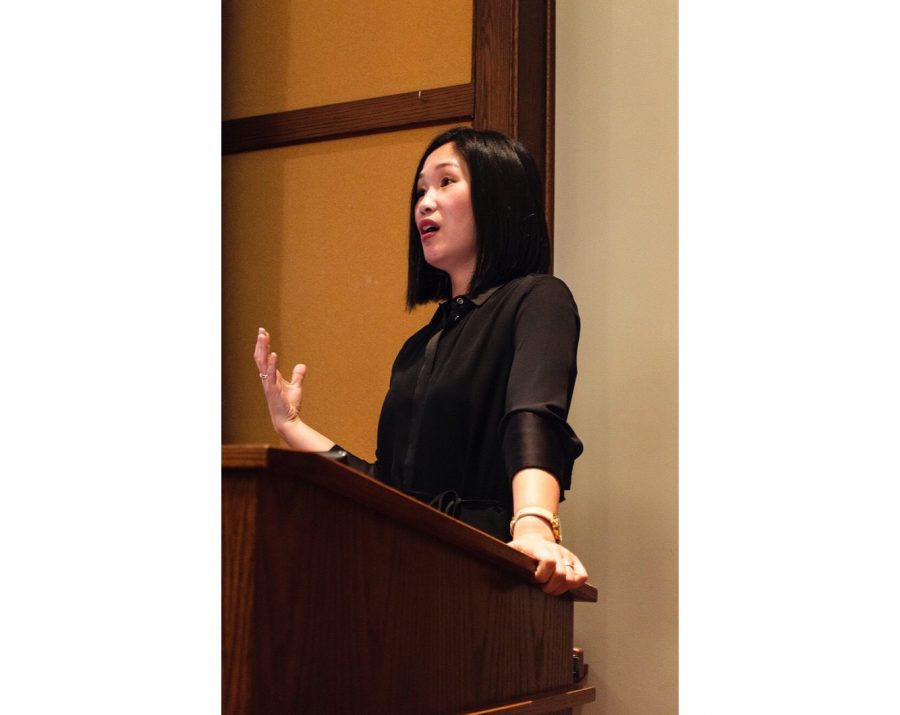 Bringing expertise in East Asia and international security, government and law professor Seo-Hyun Park tackled a pressing question in academia: will history repeat itself? Her answer: both yes and no.

In her lecture, Park drew parallels between 19th century security in East Asia and modern day security challenges that face the region. She then posed the question of repetition as a result of these parallels.

Park was chosen for the Jones Faculty Lecturer this year, which is sponsored by the Thomas Roy and Lura Forrest Jones Faculty Lecture and Awards Fund, established in 1966 to recognize superior teaching and scholarship at the college, Government and Law Department Head Helena Silverstein said.

Park focused on the historical and political contexts of East Asia in the 19th century and how it might affect the way we think about security crises in East Asia, in terms of two questions she posed to the audience.

“Which historical legacies matter in contemporary East Asian security crises, and secondly, whether or not historical analogies, or what we might call lessons of history…might be useful in thinking about present and future crises,” Park said.

According to Park, these question hinge on the perception of the region as either a “pivot” for economic innovation or a “powderkeg” that is uniquely unstable.

Park presented three conditions that make this situation unique: increased militarism, such as that of North Korea, the rise of a new power, and incompatible cultures and values.

These cultural tensions are in part caused by the perception of China against the United States, and Park said it is important to recognize America’s presence in the region and its role in regional security. Along with this presence is the perceived importance of adopting Western means of sovereignty and power, as well as increased presence on a global scale to grow international status.

Despite parallels Park drew between these two time periods, she concluded that is misleading to think the region will revert back to its old hierarchical model as China continues to gain power in the region.

The talk spurred many questions from the audience about which historical applications themselves were important and specific interactions between countries in the region.

Such questions included those surrounding state autonomy and strength. International affairs professor Angelika Von Wahl asked about the role of international institutions in the region, and whether they strengthen or limit power in the region. In response, Park referred back to use of interregional comparisons in decision making and states’ choices give up authority to gain regional power.

Saeed Malami ‘20 asked about China’s support for North Korea, a country that is often not involved in these regional coordination efforts. Park said China’s support is an effort to prevent a regime collapse that would lead to a refugee crisis. However, it also is linked to America’s presence in the region, especially in South Korea.