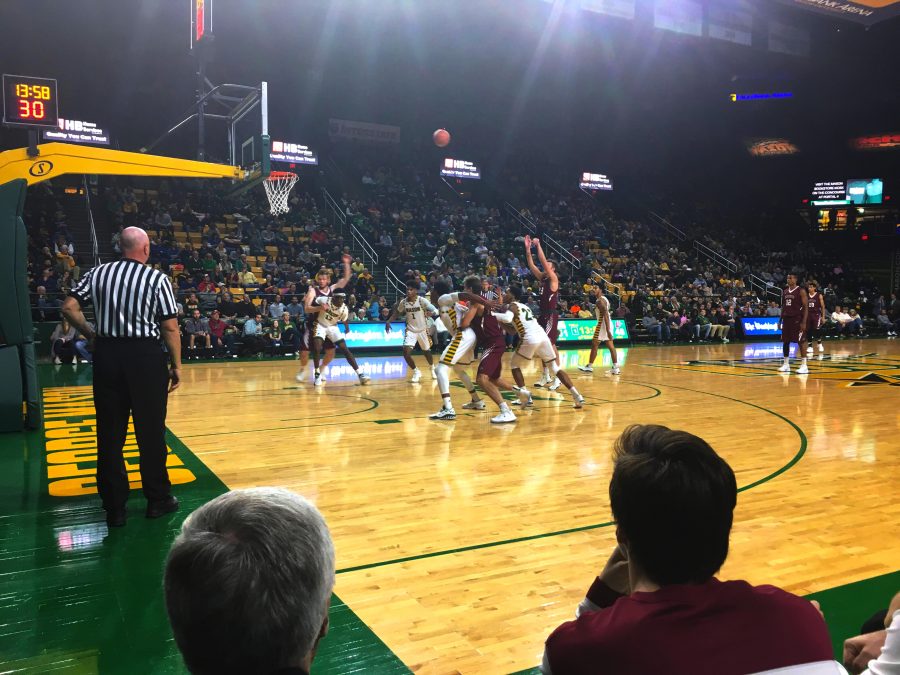 The men’s basketball team opened up their season with back to back losses against George Mason and NJIT.

The team traveled to George Mason on Nov. 10, where they walked away with a 67-65 loss. Although they fought hard to keep the game close, the Leopards couldn’t pull together a win for their opening game.

“We committed on defense,” sophomore forward Myles Cherry said. “Everyone was on the same page, communication was high and effective, and that’s what kept us in it. With execution, we struggled to get a final shot. That’s probably ultimately why we lost the game”

The crowd was large and enthusiastic, which contributed to the Leopards’ consistently high effort and energy for most of the game.

“We learned that we needed to play the full 40 minutes, as opposed to just 39,” Cherry said. “I also think that executing in a high pressure situation is something we can take from this game”

The Leopards traveled to Newark on Nov. 14 to meet NJIT and took another loss, this time 96-80. After a tough first half, the Leopards bounced back with a close-scoring second half. This helped the Leopards close the gap on the scoreboard, but not enough to defeat the Highlanders.

“We have the talent to compete with any team we play against, we just need to show more consistency,” freshman guard Justin Jaworski said. “Against any Division I opponent, you need to come out ready to go from the beginning. In the second half we just played with more pride and got some stops on the defensive end.”

The team has been emphasizing improving on the defensive end and working as a collective unit instead of as individuals.

“We have a lot of scorers this year, but I think preventing other teams from scoring is a big emphasis this year,” Cherry said. “We can definitely put the ball in the hole, on a big scale.”

The team faces Villanova on Nov. 17 at the PPL Center in Allentown, which will really test the team’s abilities.

“They’re one of the best teams in the countries,” Cherry said. “For us, we have to picture every game as a game we can win, no matter who we’re playing against. I think Villanova is a good chance to see where we’re at and what we should expect for the year to come.”