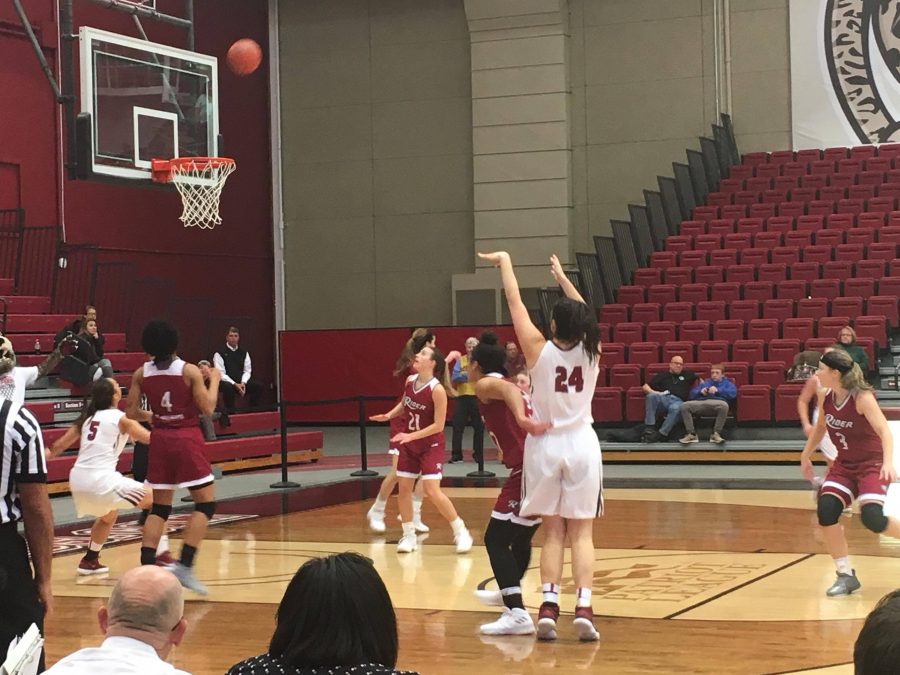 The women’s basketball team is in the midst of a three-game winning streak following victories over Rider (60-43), LIU Brooklyn (69-53) and Cornell (59-58). Prior to this week, Lafayette women’s basketball hadn’t earned back-to-back wins since their 2015-2016 season.

The team’s success can be largely attributed to the style of head coach Kia Damon, freshman guard and forward Olivia Martino said. In her first season with the Leopards, she added, Damon is already pushing the team to their limits.

“She’s really hard on us and expects the best out of us,” Martino said. “It pushes us to continue to work hard, achieve more than we have in the past and never settle.”

The team has been practicing with more discipline and holding each other to higher standards, based on Damon’s coaching methods, junior guard Alex Cantwell said, adding that the consistent focus on work ethic and accountability is helping to build the team’s success.

“High standards weren’t as stressed in the past,” Cantwell said. “The team is buying in to her style and pushing themselves to their best potential. It creates an attitude among players to keep pushing each other.”

“Our defense has really been consistent all year,” senior guard Anna Ptasinski said. “We have some great practice players who challenge us and push us, so that we are prepared to play against our opponents. During games, we have held some teams who generally score lots of points to much fewer, which is one of our team goals. We focus on playing team defense with five players guarding the ball, so we have good rotations.”

Ptasinski added that the team has also been preparing for their games by scouting and studying the opposing teams’ strategies. They came into their Rider game knowing what to expect, giving them an advantage that contributed to their consistent lead in the game and allowed them to walk away with their first win of the season.

“We played well against Penn a few days before, but in Rider, we finally put all the pieces together to come out victorious” Ptasinski said. “It shows that our hard work has paid off a bit, but that we still want to get even better. We were excited to win on our home court, and now we are all even more inspired to continue winning and playing good basketball. Now we understand how much work needs to be put in to get the results we desire.”

The LIU Brooklyn game opened with a strong offensive effort from the opposing team, but the Leopards quickly adapted and shut down their offense. The Leopards again kept their lead and high energy throughout the game.

“We shut down their main shooter and worked through our defense,” said Cantwell. “We were able to get stops and close out the game.”

When the Leopards took on the Big Reds, Cantwell said, the game was a close battle from start to finish. She added that the Leopards were prepared for their defense-oriented opponent and were able to execute properly while closing down on Cornell’s offense. Senior center Ellen Graham scored the game-winning shot in the final seven seconds of the game, giving Lafayette their third straight victory.

“We went in with the mindset that we could beat them offensively,” Cantwell said. “Their pressure threw us off because they work through defense as well, but we still remained controlled.”

Although their winning streak is exciting and a promising sign for their season, Ptasinski said that the team is remaining humble and focused on improving more.

“We push each other to get better, and I think we all have seen ourselves progress since we first started practices,” Ptasinski said. “We have focused on being one unit on the court. Even though we are 12 players with 4 coaches, we all play as one strong team. We hope to keep getting better, so that we will be a very strong team.”

The team heads to Philadelphia on Dec. 1 to play Drexel.