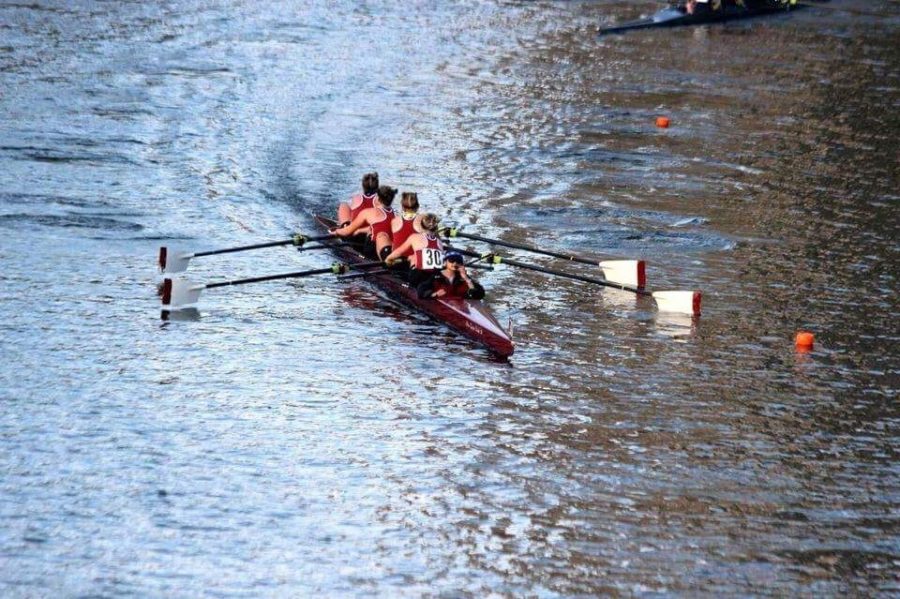 AJ Traub: How did the team perform in the fall season after the Head of the Charles?

Nicole Harry: We performed pretty well. Our men’s team was strong and our women’s team was consistently in the top 10 for the rest of the head races, and we won our first sprint. It feels like we picked up right where we left off at the end of the spring.

AT: What are your expectations for the spring season?

NH: We’d like to replicate the season we had last year, but just to continue to work and see the results pay off.

AT: What do last season’s victories at the Dad Vail Regatta and the National Championship mean to you?

NH: It shows the results of hard work. If you want something and take the proper steps to get there, it can actually be done. It’s something we never thought was possible, but to make it happen and see it happen means a lot.

AT: What was your favorite part about going to the Head of the Charles Regatta and earning the 2nd place medal?

NH: Coming in 2nd was obviously a highlight, but continuing to travel and race with my boat is fantastic. We spend so much time together, so the fact that we all enjoy each other and still enjoy what we do is nice.

AT: How did the team work towards achieving at such a high level?

NH: I think it just goes back to commitment and effort. Rowing is a sport where the work pays off, and the results are a reflection of the work put in. If it’s something you love and you are willing to put in the work for, then things can happen.

AT: What is your favorite non-competition memory from being on the crew team?

NH: When we stayed for ACRAs to train, the five of us stayed in [Coach] Rick [Kelliher’s] house. One day after practice, it was just so hot that we all jumped in the river and swam out to the bridge. It was a very fun, spontaneous moment.

AT: How did you get into rowing?

NH: My dad and grandfather both rowed, and it was something I was interested in because I’d heard about it, and it was part of the stories I heard growing up. I figured a club program was a good way to just see what it was.

AT: What do you tell incoming rowers about crew?

NH: It really doesn’t matter how much you know about the sport coming in, but as long as you’re committed, you’ll have a lot of fun, and it’s a really great community to be a part of.

NH: Probably Gevvie Stone. She decided to retire after the 2012 Olympic games to go to med school, but then realized she still loves to row. While also training to be a surgeon, she continued rowing and won silver at the 2016 Olympic games.

NH: I have two different colored eyes. It’s not super distinct, but one of them is hazel and the other is brown. It’s on my driver’s license.