Lafayette applicant pool increases by over 700 in one year: hits record high for second year in a row 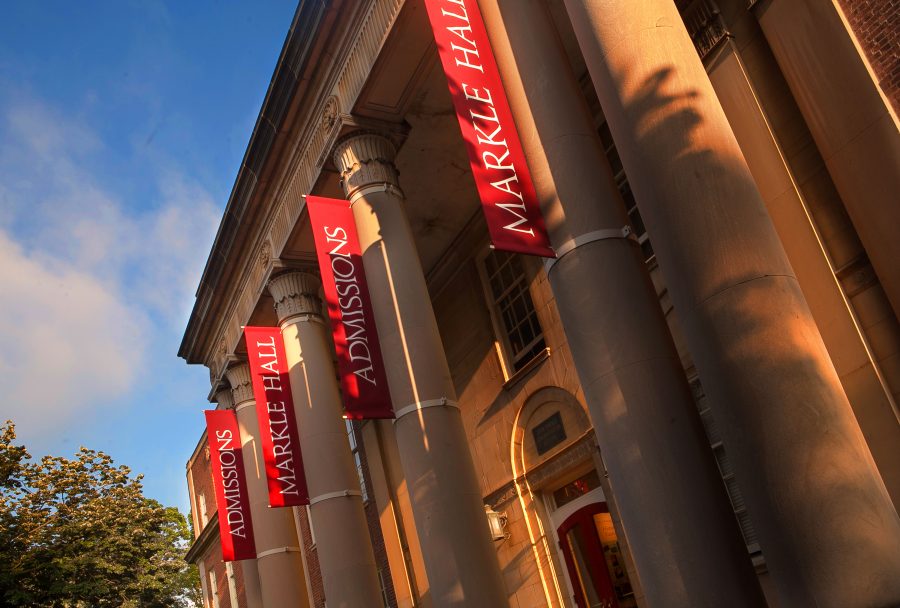 President Alison Byerly said that the college’s increasing ability to meet financial need has contributed to getting more people to apply to Lafayette.

“I think we’ve found that since we’ve been increasing financial aid over the last couple of years, that that is also starting to get known in the student community and we’ve started to get more applicants with financial need than we’ve had in the past,” she said. “I think they recognized that we’re trying to provide more resources in that area and it’s having the exact effect we’d hoped. It’s broadening our applicant pool.” Sixty-one percent of the applicant pool has applied for financial aid.

Dean of Admissions Matt Hyde also emphasized the role of Lafayette’s ability to meet financial aid, saying that the college meets 100% of demonstrated need. Beyond that, he said admissions has tried to expand past Lafayette’s typical geographical range.

“We’ve really been making an effort to recruit more deliberately beyond our traditional markets of Pennsylvania, New Jersey, New York and the Northeast. So, that is paying off over time,” he said.

This applicant pool comes from 116 different countries and 46 states. Thirty-eight percent of applicants are students of color, and 23% are first generation college students, Hyde said. Although the applicant pool is a significant increase from last year, he said that the first year class who ultimately accepts their offer of admission is still targeted to be at 685, last year’s target, out of an admitted 2,500 to 2,800 students.

Byerly said that it’s a misconception about admissions that putting together a class of students just involves separating the top half academically “and saying these are the best students.”

“We look for students who have a wide variety of interests and cover all different academic areas of interest, some are student athletes, some are talented musicians, some are artists, others have great leadership qualities. The more you have to work with, the easier it is to put together a class which becomes a deep and rich community,” she added.