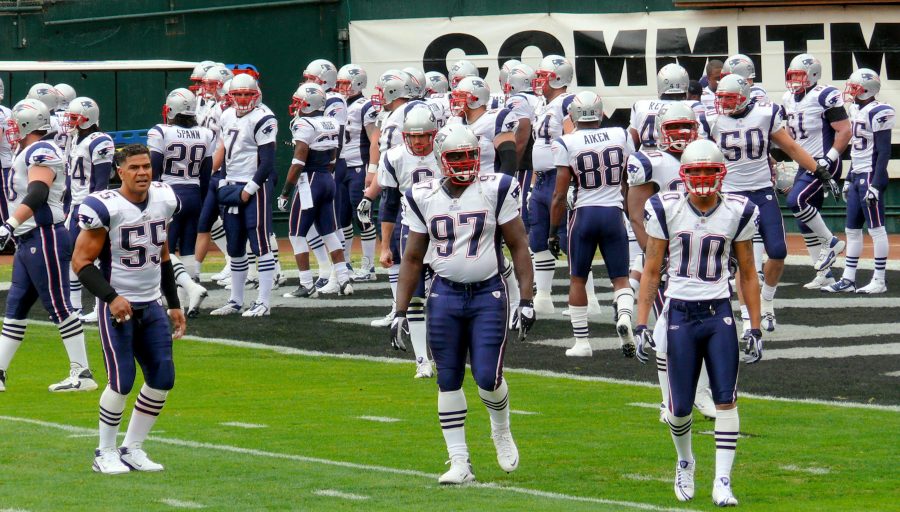 The Philadelphia Eagles and the New England Patriots compete for the Super Bowl LII title on Feb. 4. Photo Courtesy of Wikimedia Commons

While we have both number 1 seeds in the Super Bowl, there is still a clear underdog. The Philadelphia Eagles lost star quarterback Carson Wentz to a season ending ACL tear towards the end of the regular season, but journeyman quarterback Nick Foles has more than held his own in his stead. On the other side, the powerhouse New England Patriots are continuing their dominant ramp through the rest of the league. After an impressive comeback win against the vaunted Jacksonville defense, Tom Brady remains one of the premier quarterbacks in the league, even at his advanced age. It’s fair to question if the Eagles are the Patriots’ toughest test yet, but when I delve into the completeness of the teams, I’m unsure if that’s the case. Jacksonville was very well-rounded, but ultimately had some shortcomings at the quarterback position. I see the Eagles as the same sort of team, and while Nick Foles has excelled up to this point, I don’t believe that it will continue. The Patriots’ coaching excellence and experience will propel them to another Super Bowl victory, one that will come with less resistance than commonly thought.

I predicted the Patriots would win the Super Bowl at the beginning of the season, and the team has done nothing to make me want to change my pick. Amendola has seriously stepped up for the injured Julian Edelman when it comes to clutch playoff receptions. The Patriots showed that they are still very capable of making improbable comebacks with the AFC Championship victory over Jacksonville. Eagles fans and even team members have been shown no love in Minnesota after Philadelphia defended their home field in the NFC Championship against the Vikings. It’s an experienced dynasty versus a streaky backup quarterback-led team of underdogs. Philly has defied their expectations on the way to a Super Bowl run, but their opponents include 5-time championship winning coach and quarterback duo Bill Belichick and Tom Brady. The Eagles may very well put up some points on the Patriots in the first half, but New England has all the tools and experience to make their victory less dramatic than the last two.

The Philadelphia Eagles were plagued by injuries this season, losing key players such as Jordan Hicks, Jason Peters and star quarterback Carson Wentz to a devastating ACL injury. While losing Carson was heartbreaking for Eagles fans, there was still a team who had work left to finish. As soon as his injury sidelined him, everyone deemed that the Eagles would be a “one and done” team in the playoffs, despite having the best record in the league. In both games against the Atlanta Falcons and Minnesota Vikings, the Eagles were the underdogs, despite having home field advantage. The Eagles defense dominated those two games, letting up just 17 points total over the two, and Nick Foles stunned the talented Minnesota defense throwing for 3 touchdowns and 352 passing yards. From Doug Pederson’s dynamic offensive play calling to the stellar Eagles defense, I think Bill Belichick and Tom Brady will not be feeling the same as they did after Super Bowl XXXIX against the Eagles. The Eagles are coming off of two electric home games at Lincoln Financial Field, and are headed to Minnesota with confidence, energy and the entire City of Brotherly Love behind them. I predict the Philadelphia Eagles will defy the odds once again, and Philadelphia will get their parade down Broad Street for the first time since 2008 when the Phillies won the World Series.