Living “in the shadows of 9/11”: speakers discuss experiences of young Muslims 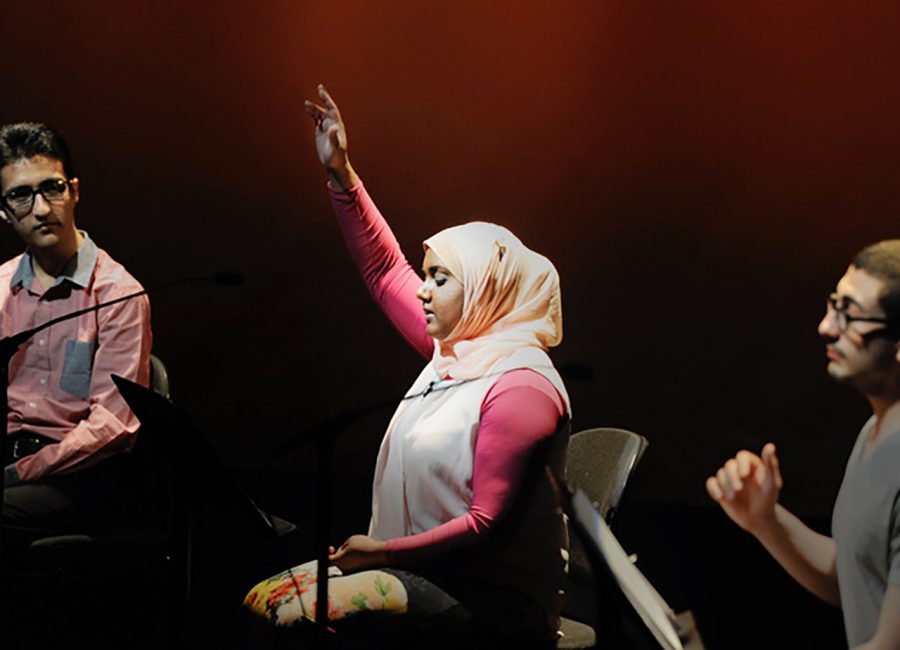 This event was meant to shed light on the experiences of Muslims in America. Photo Courtesy of Christina Varhavskaya

After 9/11, Ping Chong knew he wanted to work with Muslims because, he said, “I know my history.”

Beyond Sacred: Voices of Muslim Identity is an interview-based performance, coming to the Williams Center for the Arts at 8 p.m. tonight, where Muslim people sit in a circle and read scripts written by Muslim people.

“Five young Muslims from very different backgrounds [speak] about what it is like to live in the shadows of 9/11. It gives a chance for people to speak on racism, classism and about American history,” he said.

This performance is part of the Ping Chong + Company series. Another project the company is working on is called Undesirable Elements, which much like Beyond Sacred, it is an interview-based theater work that examines issues of culture and identity of individuals who are outsiders within their mainstream community.”

The New York Times said: “This may be the first moment that tears at the heart in ‘Beyond Sacred: Voices of Muslim Identity,’ Ping Chong + Company’s probing and persuasive new work of interview-based theater, but it is not the last.”

The casting process consists of about 25 auditions. Most people who auditioned were college students or a bit older. Chong said he believes this is the case because older people are afraid to speak out.

“It was hard [choosing]. Younger people were coming out [more] than older people. [It] might have to do with fear and that younger people are less afraid. The majority of people that came to be interviewed were younger,” he said.

He added that this is a good thing, considering younger people are no longer quiet but outright about their beliefs.

Chong said that he picked stories that could relate to the scheme of their work.

“We use what they tell us and implicit the history,” adding that many Muslims in America are often told to go back to their countries.

He said: “No one should tell someone to “go back to their country.”

“The objective of the production is theater, although the more conservative of theater makers would not call it theater…[Beyond Sacred] is certainly modern theater.”