Women’s lacrosse embarks on season with loss to Longwood 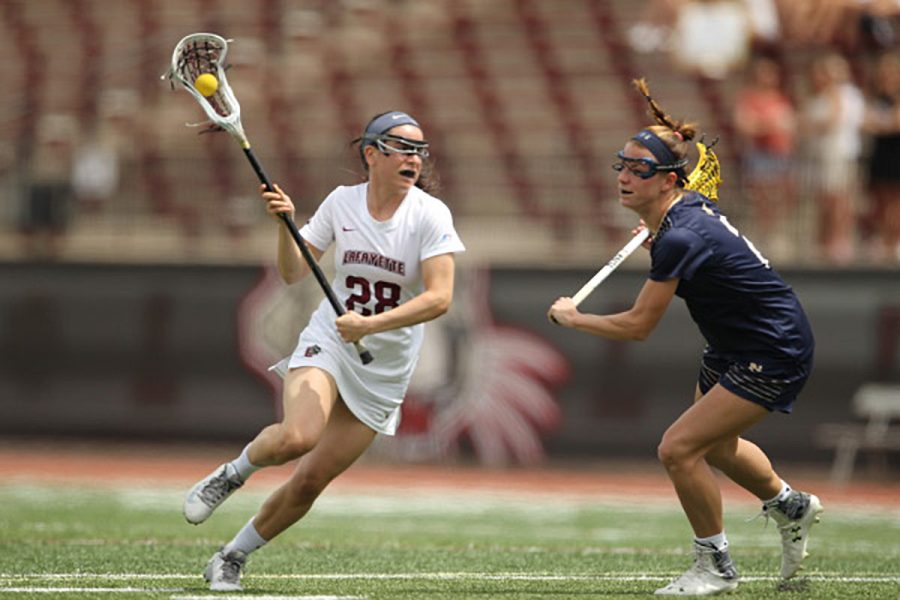 Women’s lacrosse opened their 2018 season against Longwood in Farmville, Va. with a 13-12 loss. The Lancers avenged their loss to Lafayette last season when they fell 18-3.

The Leopards started off slow on Feb. 11 with Longwood in the lead 10-5 at the half.

“We weren’t expecting them to come out so strong,” junior attacker Emma Novick said. “They play on astroturf and we play on normal turf, so the change of surface played a role in our loss.”

The Lancers took the lead immediately, scoring seven of the first eight goals in the game. The Leopards spent much of the first half adjusting and defending, but came into the second half ready to fight.

Novick, along with fellow juniors Jane Kirby and Hannah Davey, scored three goals each for the Leopards. Freshmen attackers Anna Stein and Colleen Bannon began their collegiate play with one goal each and sophomore attacker Jen Rowan added another point for the Leopards. Senior goalkeeper Anna Raymond made eight saves during her time in goal, and caused two turnovers.

“We have a lot of different people contributing this year,” Novick said. “We have a lot more depth on our team, so we can [substitute] more that we did last year which is a strength because we won’t get as tired.”

The Leopard’s defense held off the Lancers late in the game, not allowing any goals for 15 minutes in the second half. Novick, Davey and Kirby scored the final three goals of the game, bringing the final score closer.

“We just have chemistry and know how to play with each other,” Novick said. “We push each other in practice, and that translates well in games.”

The Leopards outshot the Lancers 29-26 and led in ground balls 33-23. Although the Leopards outscored Longwood 7-3 in the second half, it wasn’t enough for a victory.

The Leopards will host their first home game of the season on Feb. 22 against Binghamton in Fisher Stadium.