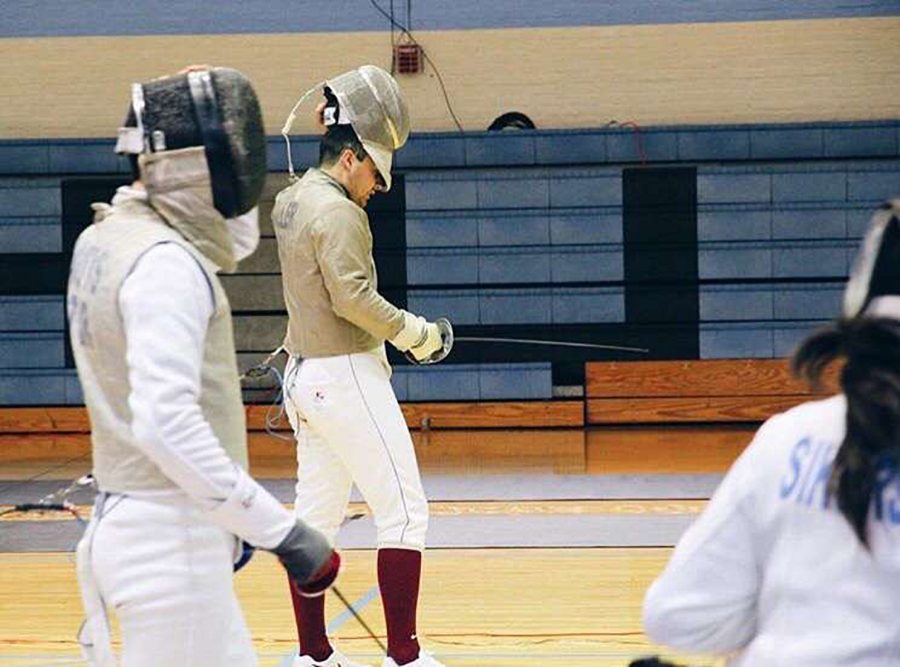 The Leopards went 3-2 overall in their fencing competition at John Hopkins. Photo Courtesy of Zachary Lee

The men’s fencing team and women’s fencing freshmen Olympia Peters and Emily Cook traveled to Baltimore on Feb. 11 to compete with five other teams in the Mid-Atlantic Collegiate Fencing Association. At the meet, hosted by reigning MACFA champions Johns Hopkins, Lafayette went 3-2 overall. They defeated the University of Maryland, Navy and William and Mary. Their two losses came to the host, Johns Hopkins, and Haverford.

Fencing consists of three events: foil, épée and saber. Each contributes to a team’s total score in a head-to-head matchup at the meets. There are nine bouts in each event, which when totaled, give a final score of a match out of 27. The Leopards lost to Haverford by a score of 17-10 and, in the individual events, scores for foil were 6-3, épée 6-3 and saber 5-4 with Haverford winning each event.

Fencing is also an individual sport with individual records. Freshman foil fighter Bora Mutis had 15 bouts throughout the day, three against each opponent. Overall, Mutis went 11-4. Junior saberist Ian Miller went 12-3, tying with sophomore Patrick Rekieta for the best record of any event.

The Leopards have two new coaches this season, head coach Natalie Kolasa and assistant coach Zachary Lee, bringing new life to the team, according to Mutis.

“They’re definitely looking to stay here long term and push the team forward,” Mutis said. “It’s the little things that the coaches notice, like how the [GoLeopards] website isn’t updated.”

In regards to the GoLeopards site, students are labeled with wrong class years, some are missing high schools and almost everyone either is missing their weapon or has the incorrect weapon next to their name, as of deadline for print this past Wednesday.