Sitting down with the new athletic director: Sherryta Freeman’s plan for a winning tradition for the Leopards 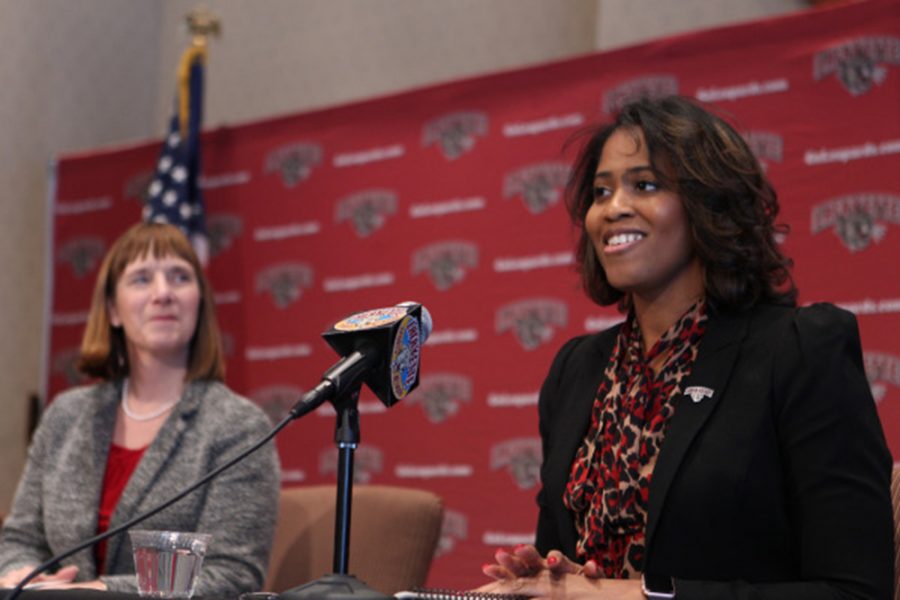 “I want us to have a winning tradition,” Freeman said. “I want our student athletes to have successful experiences…I want our students to be strong students, engaged in the campus community, pursuing their career and doing fantastic things on campus outside of their sport…I want [student athletes] to say that this was the best decision [they] ever made.”

In her first semester at Lafayette, Freeman plans to get to know the student athletes, as well as the coaching staff, to help her solidify plans to improve the athletic department.

“Before I can develop plans and strategies, I need to assess and listen and learn first,” Freeman said. “I know there is probably a lot of opportunities to expand programs, to change programs and to add programs. If we need to expand or improve programs, we will. We are going to take advantage of all of our resources to make sure we are doing what we need to do.”

Freeman plans to improve the student athlete experience across the board, for every student athlete in every sport. Freeman hopes to make positive steps and enhancements for all teams. Being a former division I student athlete, Freeman knows what it is like to be under pressure and stress while balancing sports with a rigorous academic schedule and outside commitments.

“I want to make sure that every student athlete feels supported,” Freeman said. “That can be things we do from a resource standpoint or things that we can do to provide equal opportunities for athletes.”

Freeman grew up in Hillside, NJ, and graduated from Dartmouth University, where she played basketball and won two Ivy League Championships in 1999 and 2000. Freeman went on to earn her master’s degree in Sports Management from the University of Massachusetts.

“I remember having great teammates and great memories of success with the team,” Freeman said.

Freeman first got involved in working in athletics during an internship with USA Swimming in the summer before her senior year at Dartmouth. After graduating, she worked in the Ivy League office as a public information assistant.

She then served in the athletic department at Temple University for 10 years. Most recently, Freeman worked at the University of Pennsylvania for two and a half years as the senior associate athletic director and senior woman administrator.

“Lafayette is a great institution,” Freeman said. “I have been working my way in my career to get to a point where I felt like I was prepared and qualified to be an athletic director. Being at that point in my career, but then also having an opportunity to work at a school like Lafayette, I had to go for it.”