The changing meaning of the border: Pulitzer Prize finalist shares her work and thoughts on immigration 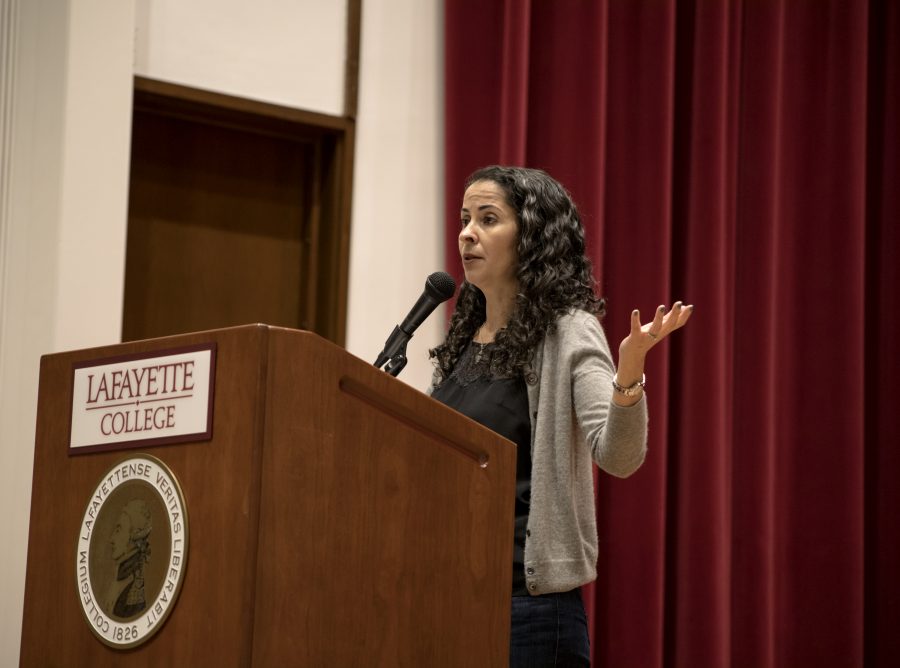 Photo by Elle Cox '21 Laila Lalami talks about what might drive immigrants to risk their lives.

In her book Hope and Other Dangerous Pursuits, Laila Lalami talks about immigration, the border and how it divides a nation.

The book, which was a summer reading book for the incoming class of 2021, is about “four Muslims who illegally cross the Strait of Gibraltar in an inflatable boat headed for Spain.”

It looks at what drove the men and women to risk their lives, and whether the rewards prove to be worth the danger.

Lalami said that she is fascinated with borders because of the different cultures, different languages and with the idea of something that one is “utterly … familiar with, but is not part of.”

She said that when she attended French school while living in Morocco, she did not read about or see other people that looked like her.

Lalami compared the border that separated Morocco and Spain in 1977 to the same border today.  She said that when she was little, her parents were able to go from Morocco to Spain without today’s constraints of “militarized” borders.

“It was no different than the wall that separated my family and my neighbors,” she said.

She said that when the wall was erected between Morocco and Spain, it created “two different streams.”

“The reason that Spain imposed visas was it thought it was going to stop the people from crossing the border looking for better opportunities. It didn’t. What it did was that it created two streams of immigration,” she said.

“One is the legal one, which is the one where people get their papers and [go to work in Spain], and two is the other stream is the stream of undocumented immigrants that will try and get through because they need the job so they’re going to try.”

She read a short excerpt from the novel where the main character is immigrating from Morocco to Spain, as he ponders the dangers of crossing the border on a life boat and what led him that to decision.

She said that in Morocco, you would most likely find a person who received multiple degrees from universities, but find themselves still living with their parents. This may prompt them to go through the dangers of immigrating to an unknown country because of their economic situation.

“You can see how the allure of Europe is irresistible, particularly because Europe is in every home through … TV channels … everywhere, even in the most modest of Moroccan homes, there is … television and … people are seeing what life is like in Europe.”

She added that people look at all the European wealth and opportunities that led Moroccan people to immigrate through dangerous situations, but it all turns out to be unrealistic and overly glamorized.