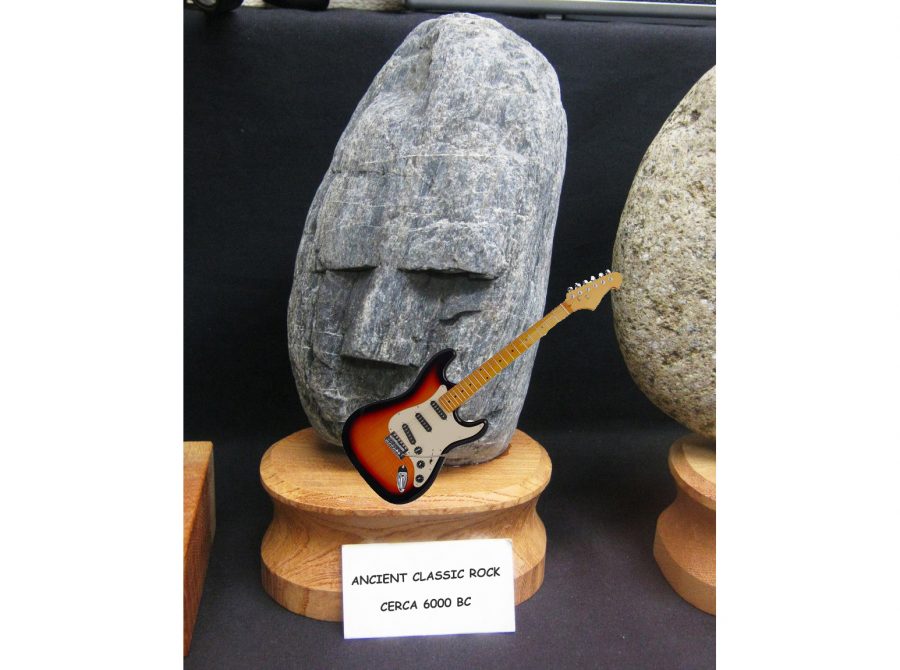 Senior geology major Jade Flint will be presenting her honors thesis on her discovery of a recent formation–the modern classic rock layer found in the Lehigh Gap. The project was intended to be about the Shawangunk Formation, but the student made an incredible discovery.

“It all started when [Flint] noticed some Rolling Stones on top of the exposed Shawangunk,” thesis advisor Professor Amber Franklin said. “We knew there would be more to find there.”

Flint and her advisor spent the next few weeks uncovering what turned out to be a massive Led deposit.

“When we found the Led deposit, we were very excited,” she said. “We were able to date the deposit from 1968-1980, as Professor Franklin is knowledgeable in banded formations. It surprised us that we could find rock that is so recent, in geologic time of course.”

Franklin is enthusiastic about the discovery for what it demonstrates about the deposition process of rocks.

“We’ve never seen fully deposited formations so recently formed,” Franklin said. “Evidence of recent geologic events like the current climate change may be discoverable in rock somewhere in the world. It’s thrilling to just think about it.”

Flint’s thesis focuses mostly on the new ways of identifying rock that come from the discovery.

“We now think of four main types of rock,” she said. “Igneous, sedimentary, metamorphic and classic. We may even see more heavy deposits in the future. Professor Franklin and I think there may be a Metallica formation coming along somewhere.”

Flint will present her thesis in Van Wickle Hall in May, before presenting her findings at a big geology convention in Allentown in the summer.

Editor’s note: This is a satire piece from our April Fool’s “Scoffayette” edition.