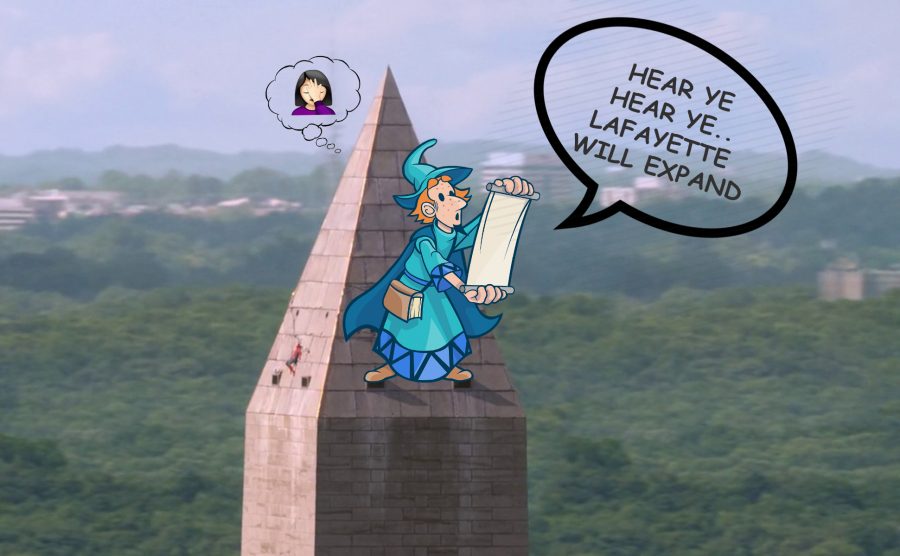 The college began negotiations with the United States government yesterday to begin its expansion onto Capitol Hill. College officials said this simply feels like the “natural progression” of the campus to broaden its borders to include the nation’s capital, as it has been buying up properties there for quite some time.

Director of student housing Mickey Dismantle announced yesterday from the top of the Washington Monument that nothing would stop Lafayette from expanding into its rightful zone.

“Hear ye, hear ye!” Dismantle shouted from the top of the historical monument, unrolling a scroll. “Lafayette hereby declares that demolition of this structure shall begin at dawn, for the accommodation of our students’ dormitory needs!”

It was unclear at press time if the monument’s visitors, standing 555 feet below him, had heard the proclamation.

To seemingly no one, Dismantle then announced that the college would be running a shuttle to the Capitol Hill campus every hour.

UPDATE: This just in, the shuttle has been cancelled. College officials recommend taking the interstate sidewalk.

Editor’s note: This is a satirical piece from our April Fool’s “Scoffayette” edition.