Science and technology building still a ways off, will end Kunkel and Farber 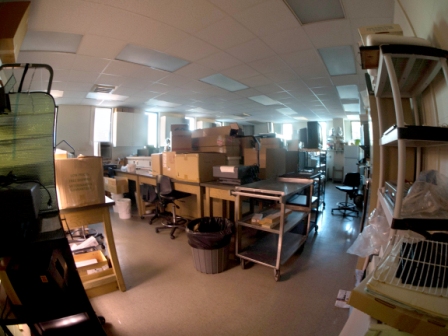 Photos by Willem Ytsma ’16 | The Lafayette

Excitement surrounds the prospect of a new science and technology building per the $27.9 million gift from Kenneth Rockwell ‘66, but the Class of 2018 may not even see the completion of the building.

Plans for a science building have been in the works for some time. According to the 2009 Campus Master Plan online, the West Precinct, or the area encompassing Sullivan Road and March Field, is the targeted area for development and a new science center. The plan calls for the demolition of Farber Hall to accommodate the new science building.

“A new residence hall on the quad adjacent to Marquis will enable the College to relocate students currently living in Farber Hall so that this building can be demolished and replaced with the new Life, Earth, & Environmental Sciences (LEES) building,” reads the 2009 Campus Master Plan.

Though the completion of the building is a long-term goal, Rockwell’s gift does speed up the process.

“We are excited that we’ll be able to move forward pretty promptly,” President Alison Byerly said. “This was a need that was identified in the [2009] Strategic Plan, but we simply have not had the funding up until now.”

“The donation and the Trust is fantastic on many fronts and clearly will be instrumental in allowing the College to move forward on future initiatives as they take shape,” Wilford-Hunt said.

The completion of the LEES building will result in the demolition of Kunkel Hall, which currently houses the biology department. A landscaped courtyard would then replace Kunkel, according to the master plan.

The namesake of longtime Lafayette science professor Beverly Waugh Kunkel, Kunkel Hall was dedicated in 1969 shortly after its completion, according to Special Collections & Archives. A newer building is in demand.

“This is awesome for the college!” Associate Professor of Biology James Dearworth said in an email. “Kunkel has character and will be missed, but it is time to look to the future. Kunkel has served the biology department very well; however, we are and have been running out of room. Since joining the Lafayette faculty in 2004, we have added three new faculty to the department.  At eight, space was tight so with three more added, it has become a shoe horn fit.”

“I was thrilled to hear about the gift and the possibility of a new home for the biology department,” Head of the Biology Department Robert Kurt said.

“We are, of course, thrilled with the gift to Lafayette,” Assistant Biology Department Head Laurie Caslake said in an email. “We are excited to begin to partner with Geology and Computer Science to envision a new facility.  Of course, this is only speculation since we have not been told how the [money] has been earmarked.”

In the midst of delays to the new arts campus, the college will soon embark on preliminary construction plans for the LEES building.