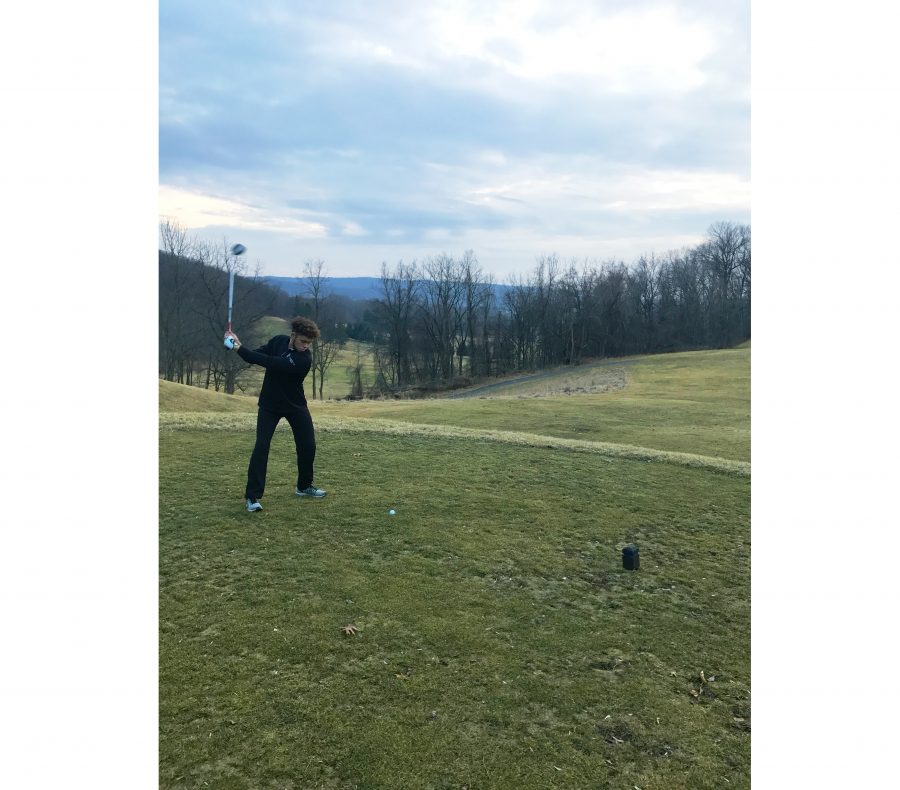 The Lafayette men’s golf team began their season by hosting the 2018 Abarta Coca-Cola LV Collegiate Invitational at their home course, Silver Creek Country Club on Sunday, April 1. Lafayette finished 13th (A team) and 17th (B team) out of 17 competing teams. The team had both a primary and secondary squad compete in the event as they were hosting the tournament.

Leading the Leopards was sophomore Will Halamandaris, shooting 75 and 72, and freshman Cole Berger, shooting 74 and 74. The par at Silver Creek is 72. Halamandaris tied for 11th place and Berger finished tied for 15th.

Halamandaris, the leader of the team in their opening tournament, was injured throughout the fall and his strong performance was a positive development to the team looking to find future success.

“We were disappointed with our play and were not happy with our results,” Freshman Alec Cwienkala said. “The course was playing tough. The conditions were very difficult with the wind.”

The vast amount of snow before the tournament made the course damp and soggy, even though the greens were still fast and firm.

Cwienkala also added that most of the teams in the tournament played in an event last week and traveled to Florida over their spring breaks, while Lafayette did not. Lafayette had a scheduled trip to Delaware, but it was canceled.

Lafayette’s roster is highlighted by four freshman Berger, Cwienkala, Creighton Hendrix and Brendan Cronin, and they only lose one teammate next season, senior captain James Frahm.

“Our goal is to improve throughout the year and go into the Patriot League Tournament with confidence,” Cwienkala said.

The golf team travels to Villanova next week to play in the Wildcat Invitational at White Manor Country Club.