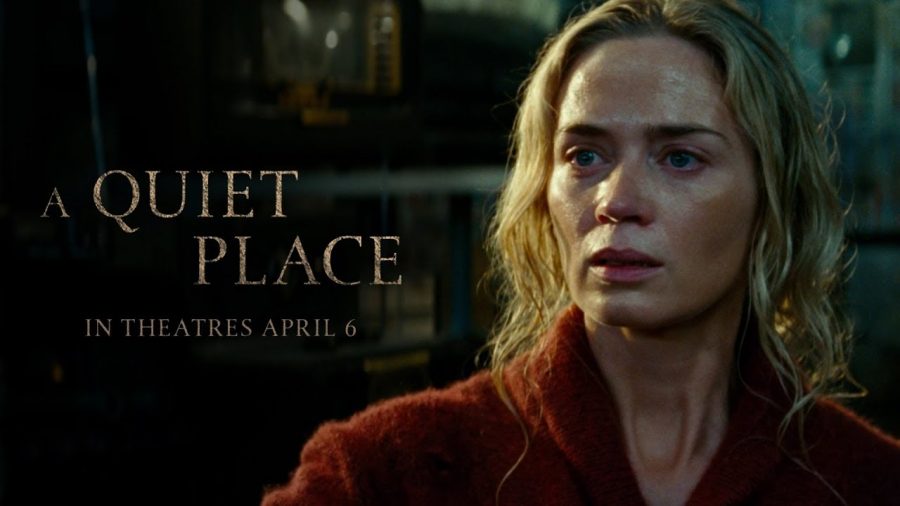 How do you make the act of talking scary? If you don’t know, watch “A Quiet Place.”

“A Quiet Place” stars John Krasinski, Emily Blunt, Millicent Simmonds and Noah Jupe, and is directed by Krasinski. It follows the story of a family living in a world where sound-sensing monsters drove humanity near to extinction. The family must survive without making loud noise or risk alerting the evil surrounding them.

“A Quiet Place” is an example of a simple concept being stretched to its absolute limits, and to an absolutely incredible effect. While “A Quiet Place” isn’t necessarily scary, it is intense—intense to a point that it becomes relentless.

Once the film takes off, it doesn’t stop and doesn’t give you time to breathe. Some people may be turned off by this.

In terms of the characters, “A Quiet Place” is at heart a story about family. While the second and third acts don’t do much in developing the characters, the first act does such a good job doing so that you care for them when they are subsequently put in danger. Through these acts, the audience got to see the unsurprisingly strong chemistry of Krasinski and Blunt, a married couple in real life.

“A Quiet Place” is original, and that’s what makes it great. It’s nothing like I’ve ever seen on screen and it evokes a nearly silent experience in a theater. The film is almost entirely in sign language, allowing you to notice every little noise both in the theater and in the film, exactly as the characters would be doing in the film.

Boiling it down, “A Quiet Place” is a horror movie, and it’s really effective. The characters are placed in gripping and intense situations that make you hold your breath until they escape the danger they are in.