Aman’s Indian Bistro relocates to downtown Easton, looks to get involved at Lafayette 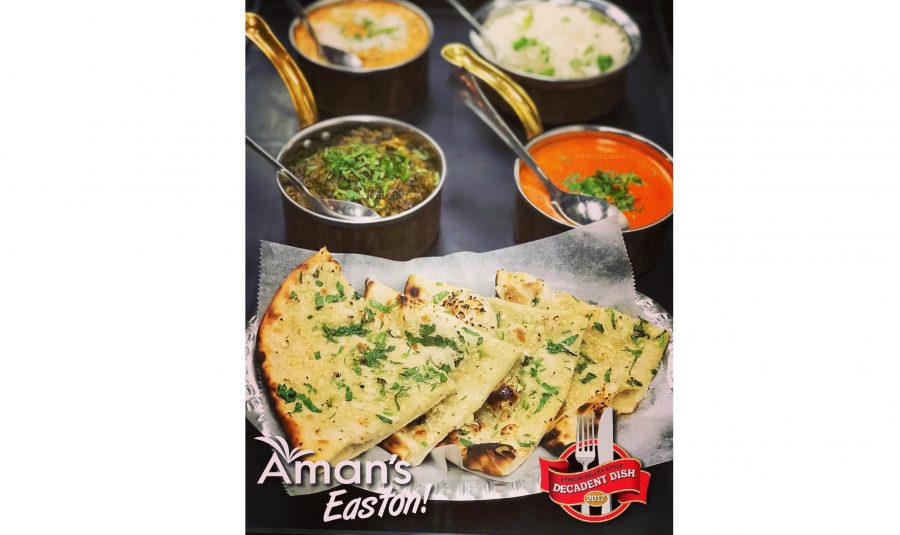 The owners of Aman's look forward to becoming part of the Easton community. (Photo courtesy of Aman's Indian Bistro)

Aman’s Indian Bistro is moving from its previous location off Easton-Nazareth Highway, near Walmart and Regal Cinemas, to downtown Easton.

The bistro will join the diverse eating places Easton has: French cuisine at Maxim’s 22, Mexican dishes at La Perla Tapatia and Egyptian meals at The Taza Shop.

The restaurant provided food for the Holi panel event on April 5, entitled “Significance and Variation Across Cultures,” representing a desire to get involved in the Lafayette community.

Jasmeet Bansal, one of the co-owners of the restaurant, said that they “look forward to being part of the Easton community.”

Food the restaurant serves includes samosas, chicken curry, tandoori chicken and hakka noodles. According to Bansal, there are a number of vegan and gluten-free options at Aman’s bistro.

However, Bansal is confident that the restaurant will be open in time for the next school year.

He said that the restaurant should be ready by next fall and open to all.

The restaurant will be affordable to college students on a budget, Bansal said, featuring a lunch buffet every day. Bansal added that the restaurant would be open to the idea of helping with fundraising for school clubs.