The emotional release of poetry: competition winners discuss their writing 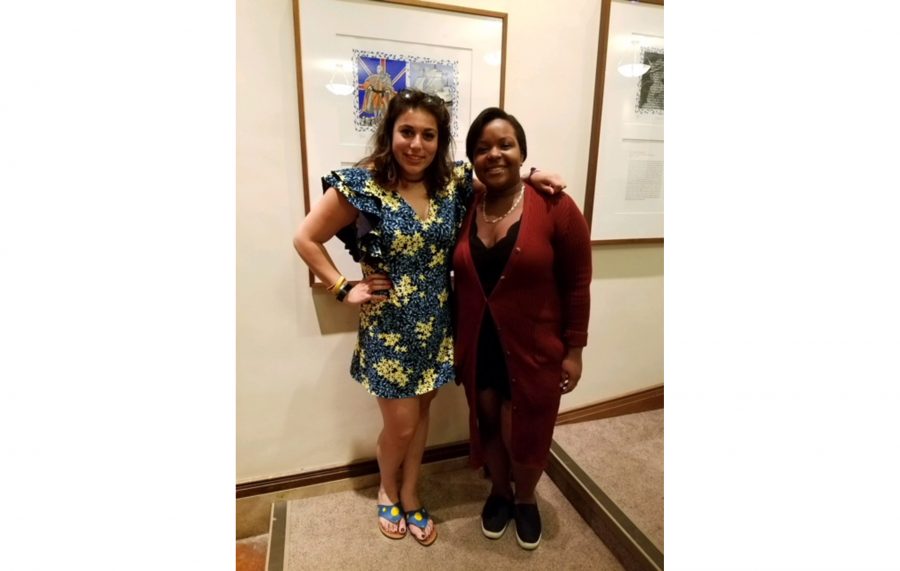 This year’s co-winners for the H. MacKnight Black Poetry Competition were Kenzie Corbin ’18 (for “Identity Crisis”) and Ashley St. John ’18 (for “First Generation”). The honorable mentions were Cameron Bartlett ’18 (for “Hide and Seek”) and Alicia Rosenbaum ’18 (for “Ode to You”).

The competition is held in honor of MacKnight Black, who graduated from Lafayette in 1916 and was recognized as one of America’s most significant poets at the time of his death in 1931.

Since the establishment of the competition in 1945, the college has brought in numerous highly respected poets to judge for the winner of the competition. Previous judges include Paul Muldoon, Kazim Ali and Mark Doty, and this year’s judge was Jill Bialosky, who is an internationally-acclaimed novelist, poet, and editor at W.W. Norton and Company.

In “Identity Crisis,” Corbin depicts the demeaning way in which people of color are often identified solely by their appearance or perceived heritage, rather than the characteristics that shape them as individual people.

Corbin’s diverse interests play a key role in her poetry.

Corbin will graduate as a neuroscience and French double-major. She plans to take a gap year to work on her mindfulness photography before going to medical school to become a pediatrician.

St. John’s “First Generation” describes the often subtle difference in the way people treat her, ending her poem with a haunting image of pale fingers drifting through her hair, boldly and without her permission.

Since taking a poetry class this spring, St. John said her poetry has changed significantly.

“Before, my poems were emotionally driven, a kind of write-on-my phone, angry kind of thing,” she said. “As soon as I took [this class], I played around with different voices that were not my own.”

Both Corbin and St. John mentioned the emotional purge associated with poetry, especially the “write-on-your-phone” method that they have both used.

“I have a hidden google drive of poetry that people will not see, and then there are the ones that are presentable. These [poems] are the sensible ones,” St. John said.

Corbin added that “for me, it’s therapeutic, it’s a way for me to dispense with what’s happening.”

St. John is a Neuroscience major and plans to be in a neuroscience Ph.D. program next year.

Bartlett, one of the competition’s honorable mentions, is a psychology and philosophy double-major, and his poem “Hide and Seek” offered a criticism of consumerist practices in many modern churches and depicted his fruitless attempts to accede to Christian doctrine.

Rosenbaum, a government and law major, read her poem entitled “Ode to You” twice to allow the audience to contemplate its meaning.

The competition’s judge, Bialosky, said she enjoyed reading all of the poems, adding that “It is nice to see that poetry is still thriving.”