Golf claims rivalry match against Lehigh for second time this season: Will Halamandaris ’20 wins the match 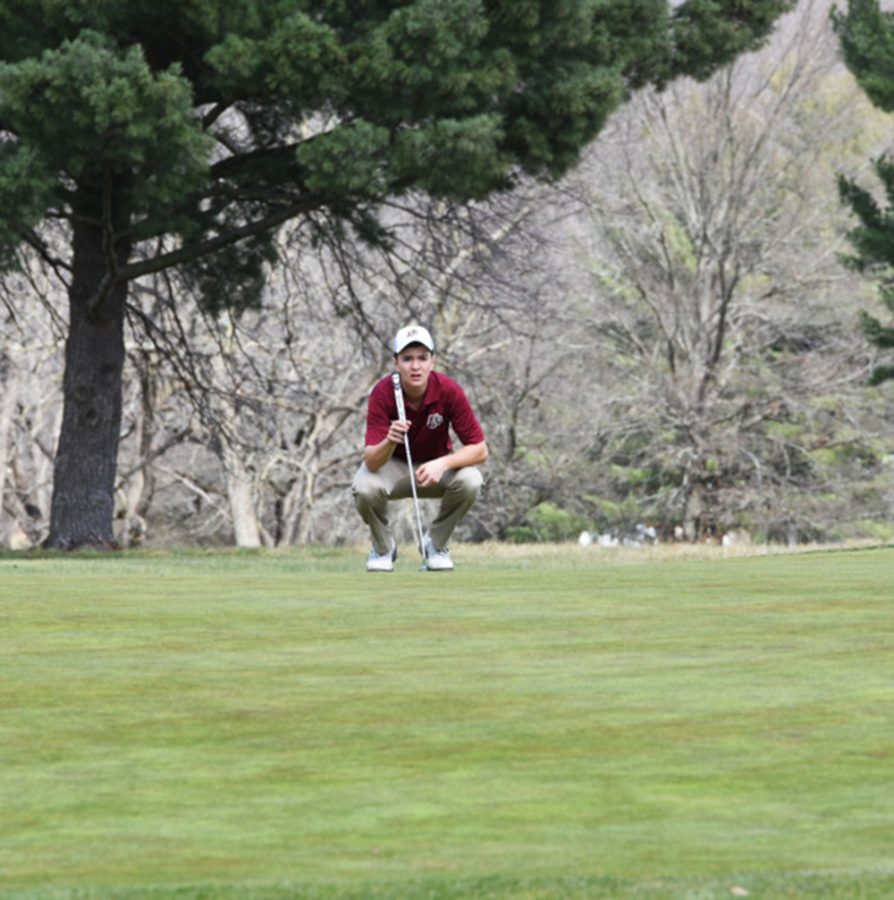 Sophomore Will Halamandaris (pictured) won the match, shooting one over par. (Photo courtesy of Athletic Communications)

In a year when many Lafayette teams have struggled to best the Lehigh Mountain Hawks, the golf team has come away with their second win of the year over the long-time Patriot League rival of the Leopards.

Lafayette took the win over Lehigh in their rivalry match with an overall score of 310-305. The Leopards also beat the Mountain Hawks at the President’s Cup in October.

Sophomore Will Halamandaris had the best score of 73 for the Leopards, shooting well on the back nine of the home course.

The Leopards edged out the Mountain Hawks with performances by junior Trey Croney with 76, junior Ryan Krechel with 75 and Halamandaris, the Leopards top three scores, who each outscored the respectively placed top three Lehigh athletes. Freshman Creighton Hendrix, scoring 82, and freshman Alec Cwienkala, scoring 85, matched their scoring counterparts on Lehigh’s side.

The top score from the Hawks came from sophomore Chris Pollan with 74 followed by junior Eamon Marone with 76 and junior Lee Hammerschmidt with 78.

While the Mountain Hawks have out-placed the Leopards in all six events both teams were entered in this season, the Leopards have bested Lehigh in both match play and stroke play this season.

This was the last tune-up before the Leopards head into the next weekend at the Saucon Valley Country Club for the Patriot League Championship, hosted by Lehigh University.