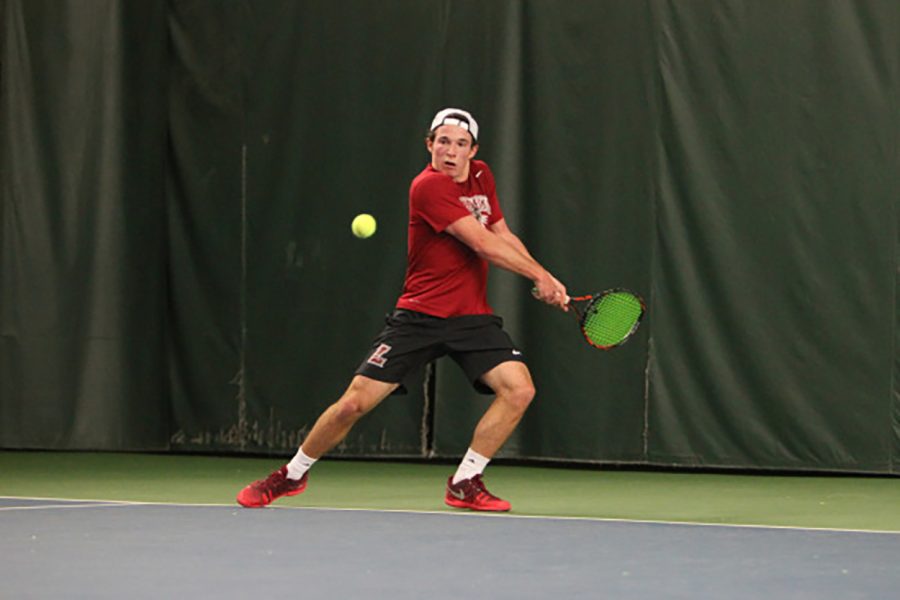 The Lafayette men’s tennis team finished their season earlier this week with a loss in the quarterfinals of the Patriot League Tournament.

According to the head coach Ralph Van Ormer, the team played well in the first round when beating Holy Cross. After their first win, the Leopards faced up against Navy in the quarterfinals. The Midshipmen were the number one seed and eventual champions in the Patriot League.

“Considering [we were] going up against the top seeded team and the fact that we have a pretty young team, we played really well,” Ormer said. “[Freshman] John Yorconic, lost [his] first set 5-7. They were pretty close and competitive sets [that he played]. [Senior] Mason Keel also played pretty competitive sets.”

Additionally, Ormer was especially happy about how the freshman athletes have performed overall.

“I was pretty unsurprised but really happy that the [freshmen] did well, it’s good for our future,” said Ormer.

Looking back to the whole season, Ormer is happy but not satisfied about how the season went and how the players have grown.

“[We] could’ve [won] three to four other matches, the season was pretty good,” said Ormer, “a lot of matches were really close… early in the season, [we] lost by one point to Siena.”

The men’s tennis team fell by a score of 3-4 early in the fall to Siena.

“The men had a rough season, [we were] 5-14 overall,” Ormer said. “But I definitely think we played better than our record reflected.”

“Both [were] instrumental to the team, helping me out as a coach…getting players to where they need to be at all times,” Ormer said, “[they] lead the team, not necessarily to victories, but leading them in practices, in tennis and in team operations.”

As for the future of the team, Ormer is optimistic that the team will perform even better next season.

“The three recruits last year… were all in the top line up, with freshman John Yorconic taking over the number one spot after one of our players was injured,” Ormer said. “It’s good when you recruit that high, [it] helps the team out”.

For the team next year, Ormer emphasized, “In order to excel next year, it’s going to take a lot of hard work and determination in the off season. I am absolutely confident that the team will do just that and have a great season.”