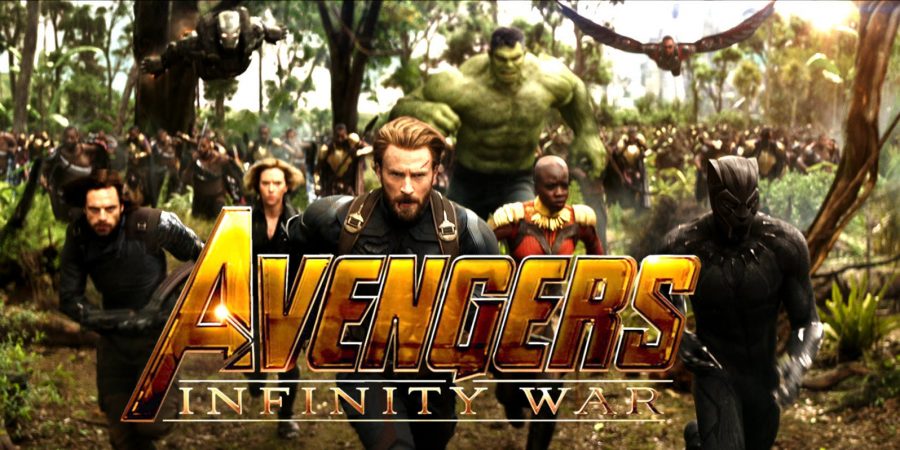 “Avengers: Infinity War” successfully brings together the mightiest heroes in the universe in possibly one of the best movies of the 21st century, during the golden age of comic book movies.

The new directors of the film Anthony and Joe Russo (the Russo Brothers) succeeded in putting together all the beloved characters that have appeared in the past 18 movies, from “the strongest avenger,” God of Thunder, Thor to the finally teenage Groot from Guardians of the Galaxy.

One of my biggest fears prior to viewing the movie was that, due to the number of characters that needed to be featured, characters who have played major roles in previous movies might become one-liners. This concern did not necessarily come true: most characters had a similar amount of screen time, with three separate plot lines throughout the movie.

But the main antagonist is Thanos. Thanos is shown in the trailers with only one goal: to erase half of the universe. Many marvel fans praise Thanos to be the best villain of the Marvel Cinematic Universe, topping Loki and Killmonger.

However, personally, I don’t believe Thanos is actually a villain.

In the film, Thanos’ backstory is explained in great depth, making the audience feel empathetic towards him by the end of the film. I won’t spoil what happened, but the film ends on a cliffhanger which could potentially change the future of the Marvel Cinematic Universe.

Thanos had a goal—he wanted to save the over-populated universe by erasing half of it, ending up in a mass genocide. Thanos wants to be the one to make that tough call and sacrifice half of the universe for the “greater good,” justifying the horrific action in his mind.

Does Thanos’ plan fall through? Do the superheroes succeed in defending the beloved universe from the “evil” Thanos?