It’s just bad timing: Why “Insatiable” may be one of the worst Netflix shows 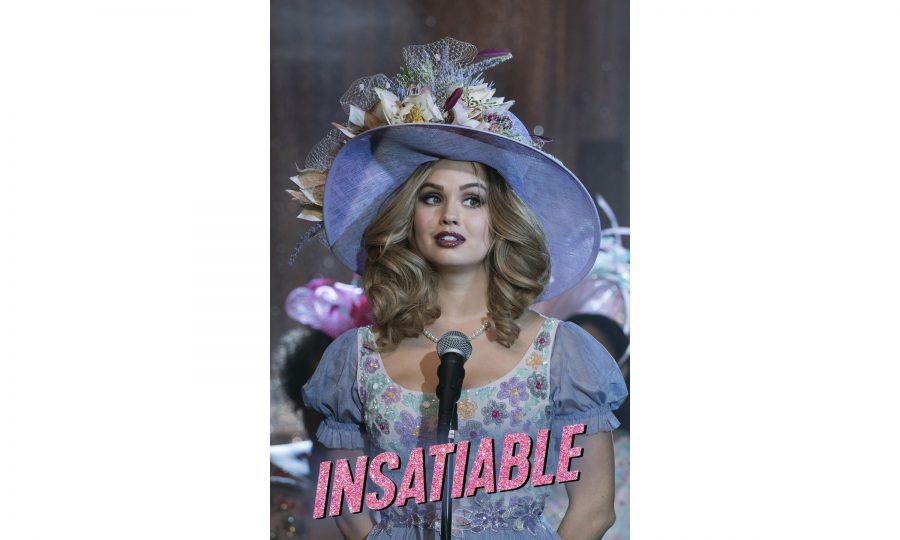 You know the feeling that inches up your spine when you hear a joke of poor taste or an imprudent slur of stereotypes and insensitive jokes. The common “cringe” we all feel when we hear background chuckles to a not-so-funny statement. Imagine you were presented with a gift tied with grand bow and inside that box are all of those uncomfortable situations at once.

This is how I describe “Insatiable”, Netflix’s newest, and by far its worst, show.

This show is terrible for many reasons, but maybe more for its revealing of my own horrors. I found myself inching to a chuckle with my eyes glued to the screen, then letting my grin fall to a plateau with the realization of what I was laughing at. Patty, the show’s main character, begins the show as an overweight high school teen struggling with bullying and binge-eating. In order to introduce her character, the show presents her as an uncontrollable “slob” and uses all too common phrases to describe her appearance.

As the show progresses, Patty loses her weight and becomes the pageant girl who believes “skinny is magic” and using her newfound “sexy” body as the key to survival. Each episode presents a topic with seemingly redeeming qualities and ends with a terrible twisted “moral of the story.” Sex becomes the answer, revenge is the key, “skinny is magic,” etc, etc. There are many things that made me shake my head in disgust, but there is one specific issue this show brings to the forefront that is not as obvious as the fat-shaming.

It is bad-timing in the midst of the #MeToo movement. As Patty’s pageant coach, Bob, tells his story, we find that he is falsely accused of molestation by a jealous competitor, who is ironically sleeping with his son. He goes as far as to say that he stands among the minority of falsely accused who don’t have a voice. Although I do agree that this is a very serious issue that happens, in light of the times, it is in poor taste and frankly highly unnecessary.

In relation to this, the constant portrayal of women as weak objects of jealousy and sex and the very real statutory-rape aura of this show fails to make me think critically of these issues and instead causes the all too familiar shake of my head.

To some, this show may seem like a satire, using humor to bring awareness to important issues that drive our societies. However, the low quality of the actors and the poor writing make me question its comparison to some of the great satires produced, such as from Mark Twain or even Saturday Night Live. To say this is a satire is an insult to our intelligence and a way to hide the tastelessness of the show. “Insatiable” drips with drama and addicting stupidity, and yet, it is that stupidity that plagues us. To be reminded of stereotypes and shaming and finding no real solution to any of the issues that arise is the real problem.

It may want to bring light to certain topics. However, it does not search for solutions as true satires aim to do. Its bad timing and constant scenes of unnecessary idiocy bring this show to the very bottom of my list of binge worthy things.