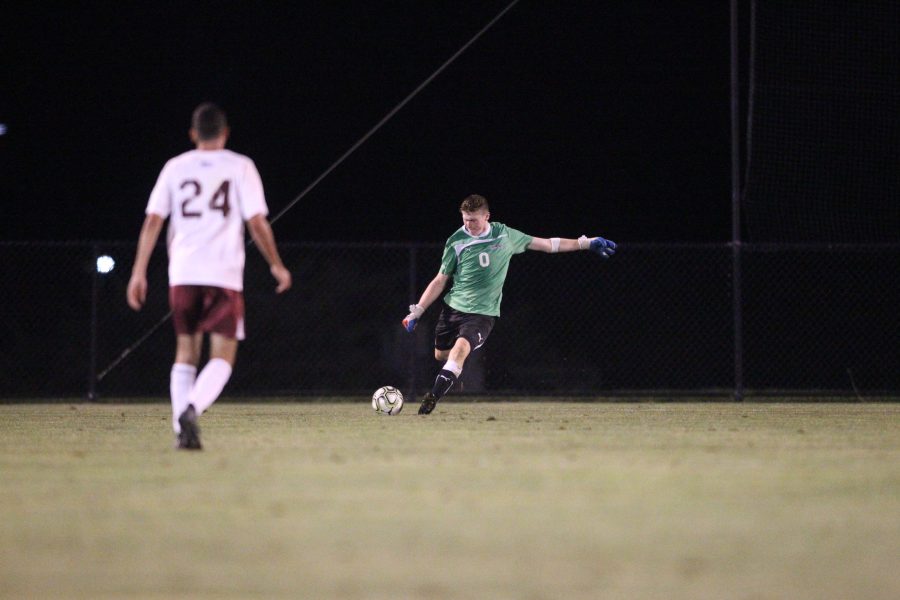 The Lafayette men’s soccer team is off to their best start since 2010, with a current record of 3-1, including a three-game winning streak on the road.

On Saturday, Sept. 1, the Leopards faced Stony Brook in a game that looked like it would end in a scoreless tie until the last seven seconds of the game. Sophomore Martin Ssessanga made a well-executed crossing pass to junior James Gibson, who chipped it in for his first college career score.  This goal capped an impressive defensive effort, led by senior Joe Defano and junior Christian Williams, both of whom have played every minute of the team’s four games this season.

Freshman goalie Alex Sutton made 6 saves, resulting in a second straight shutout for the season.  His previous shutout against Monmouth was the first time a Lafayette freshman has had a shutout since 2014.  Sutton’s performance in those two games earned him the Patriot League Goalie of the Week—a first for any Lafayette freshman.

Three days after Lafayette’s 1-0 win over Stony Brook, Gibson poured in two goals to beat Siena 2-1.  The Leopards were aggressive on offense, firing 23 shots to Siena’s six, including 12 shots on goal.  Gibson scored in the 15th minute, on an assist from junior Ryan Goncalves, to put the team in the lead, but Siena came back in the middle of the second half to tie the game. With under five minutes left, Goncalves and Gibson combined on another shot, resulting in a deflection that Gibson put into the net for the winning score.

The team has seven starters returning from their 2017 season, and some talented freshmen and players in new roles. The chemistry of the team is great, and is motivated by “the mentality every game that we should be winning and…nothing less than that,” according to junior midfielder Chris Gomez.

After winning Patriot League recognition, Sutton noted the great play of the defense, making his goalie job easier and citing the team’s “great class and toughness to go on the road for 3 games in 7 days and win them all.”  Sutton said at the award show that “all of the hard work put in so far is paying dividends…but now it’s time to get back to work to make sure we continue the winning streak.”

The Leopards will host Cornell at home on Friday, Sept. 7 at 7 p.m.