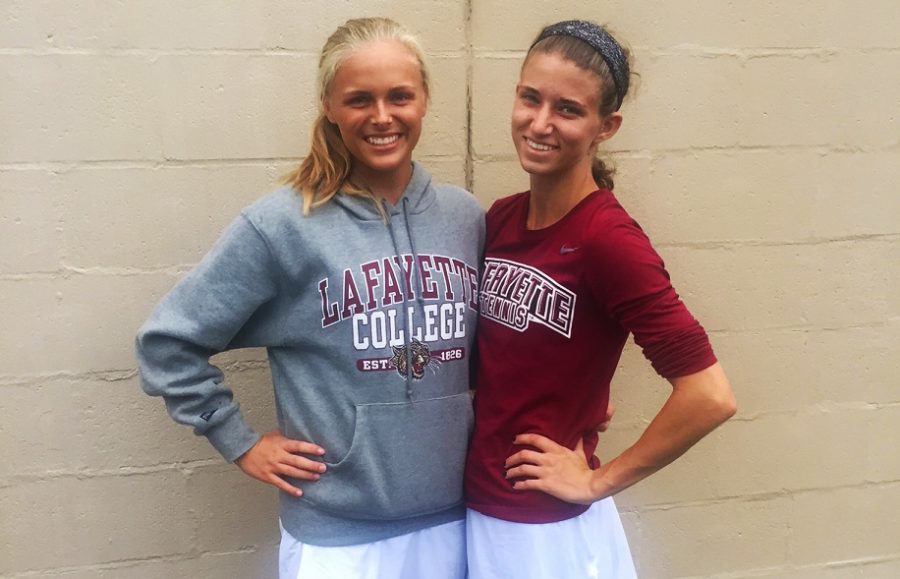 The Lafayette women’s tennis team opened its fall season at the Bucknell Fall Invite with a number of impressive performances on Friday, Sept. 7 and Saturday, Sept. 8.  The team took nine players to the tournament that included teams from Colgate, Howard, Loyola, Mount St. Mary’s, and Saint Francis (Pa.), in addition to the host, Bucknell.  The tournament was scheduled to run through Sunday, Sept. 9, but the impending heavy rain caused officials to shorten matches to end the tournament a day early.

In more singles action, sophomore Ruthie Wilson won the back draw of Flight 4 beating Erica Lane (Colgate) and Kendall Kutner (Loyola). In the back half of Flight 2, freshman Maureen McCormack made it to the semifinals and junior Grace Conrad advanced to the finals.

In doubles, Cooke took her second title of the tournament, partnering with McCormack to win the Flight 2 doubles, beating teams from Howard, Mount St. Mary’s, and Bucknell, before they secured a 6-2 win over Mount St. Mary’s team of Hannah Davis and Megan Smith in the final.

Junior Katie Hill noted that the playing conditions were tough, but that the team held together well.

“Our mindset moving forward is growth and confidence,” Hill said. “We’re a young team that’s starting to grow up. We’re in the come-up stage and we’re working extremely hard during practices to be a team that other people take seriously and get nervous playing.”

The team travels to Lawrenceville, NJ, on Sept. 19 to face Rider University.