A look back: Women’s soccer season wraps up 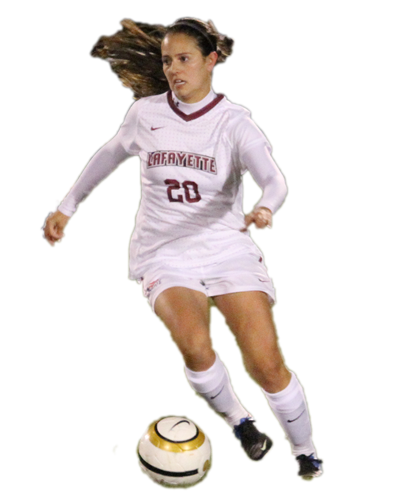 Tomorrow marks the end of the 2013 season for the Lafayette women’s soccer team. Already eliminated from postseason contention, the Leopards square off against Loyola Maryland and look to end their season positively.

“Even though we can’t get into the tournament it’s important for us to win this game to end the season on a high note,” Jaclyn Giordano ‘15 said.

“Because it’s the last game we have to leave everything on the field, we have nothing to lose,” Caroline Craver ‘15 said.

Three seniors – goalkeeper Kelly Sposato, midfielder Avery Jackson and defender Catherine Galgano – are in their final season. Sposato tore her ACL in the first game this season and has been out since.

“It’s going to be really different next year without Cat and Avery,” Craver said. “Cat is a really strong defender and you can always rely on her to have a great game. Avery is a really technical player on the outside which we’re really going to miss next year.”

The majority of the team will remain intact for spring training.

“The team as a whole will need to step up this spring not just one class or person since our starting lineup consists of seniors through freshman,” Giordano said.

One area that must be improved is the only stat that matters: scoring. Lafayette (5-10-1 overall, 1-7 Patriot League) has averaged just 0.88 goals per game while allowing opponents to average 1.50 goals per game.

“We just have to find a way to close out games and get more goals in the back of the net,” Kelly Boyce ‘15 said. “We have all the talent and potential we just have to put that on the scoreboard.”

Easier said than done but there is no doubt the back of the net needs to be found more often if Lafayette is to accomplish its goals of clinching a berth to the Patriot League Tournament and potentially winning the championship.

Those close games Boyce speaks of haunted the Leopards all season as they allowed nine second-half goals and scored just three of their own.

“We just lost games by a very small margin,” Craver said. “If we continue to play the same way next year we will hopefully get better results.”