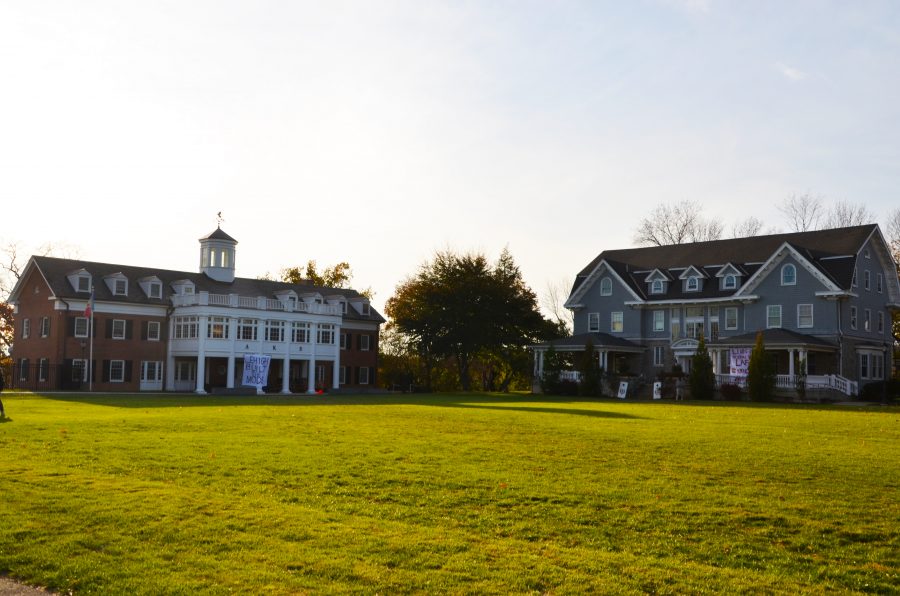 A handful of positive tests were linked to the Phi Kappa Psi house last week. (Photo by Maddie Costello '21)

In an effort to assess the opinions of both affiliated and unaffiliated students surrounding Greek life, the Greek life committee of student government conducted a survey this past month and plans on using the results to direct efforts next semester.

Director of the Greek life committee Olivia Sharp ’20 said this survey is a beginning step for the committee to fostering a relationship between affiliated and non-affiliated students. Questions in the survey ranged from if Greek life has a positive or negative effect on social life at Lafayette to if sophomore year is an appropriate recruitment year, with possible responses generally ranging from strongly agree to strongly disagree.

“The [Greek life] committee was formed to bridge the gap between Greek and non-Greek students. There are many ways for Greek students to communicate within Greek life but there are no organizations to bridge affiliated and unaffiliated students,” Sharp said.

Besides the purpose of providing direction for the Greek Life committee, chair Karli Herwig ’20 said she wanted to have empirical results about how students actually feel about fraternities and sororities on campus in order to learn how Student Government could address those concerns. Committee Chair Randy Zhou ’20 added that the survey is also a tool to help the administration to understand the campus atmosphere and add validity to the committee’s objectives.

The survey closed this past Monday and the committee is still working on compiling the final results. However, Sharp said the preliminary trends denote that participation was high and more unaffiliated students than affiliated students responded.

If the results indicate a negative reaction to Greek life, Zhou, who will be heading the committee next semester, said the focus of the committee will be addressing any possible concerns raised by the survey. Instead of dismissing problems, Zhou said the committee would take the evidence from the survey to the appropriate department of the administration depending on what the specific issue is.

“We want to target very specific problems and have specific solutions,” Sharp added.

Zhou, Herwig and Sharp said that the administration has been receptive to new ideas about Greek Life on campus, which puts the committee in a good position to make change. Zhou added that discussions with the student life and faculty committee have allowed him and the Greek life committee to have an honest dialogue with professors, Dean of Equity and Inclusion Christopher Hunt and Vice President of Campus Life Annette Diorio about resources the administration gives to Greek and non-Greek students.