‘Ralph Breaks the Internet’ is ‘a colorful film about friendship,’ fun for all 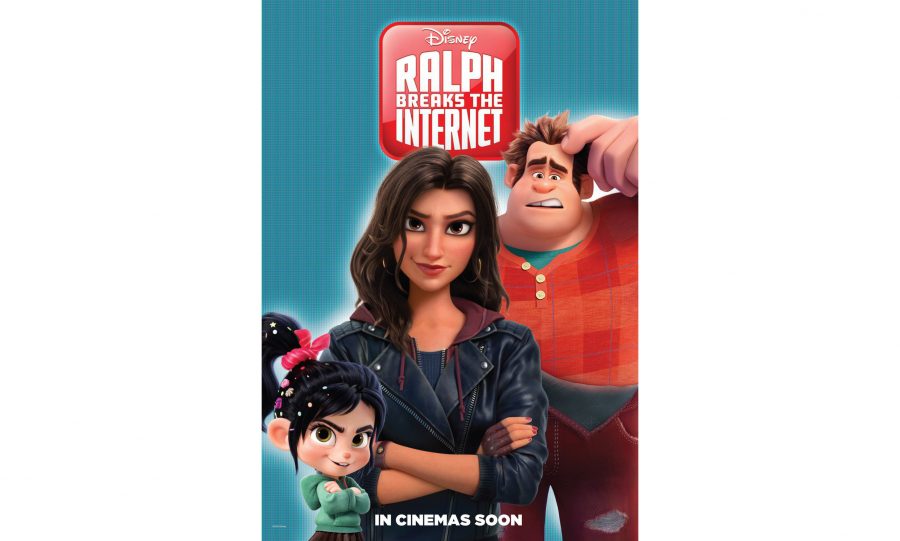 The sequel to Wreck-it Ralph displays a reimagined world, with a fascinating depiction of the physical space of the Internet. (Photo courtesy of cinematerial.com)

It took six whole years for Disney to release a sequel to the wildly successful 2012 film “Wretch-it Ralph” Luckily, the wait is well worth it. The world reimagined brings many elements to the table which young audience members will never understand, but this is a film which speaks for the adults. It is timely and oddly eerie in its depiction of the imagined internet landscape.

Yet, at its core, it is a colorful film about friendship, and that is a story which is for all ages.

“Ralph Breaks the Internet” brings back Ralph and Vanellope from the first one, but in an entirely different setting. No longer are they simply stuck in their arcade game, but there is a new entity which has entered their world known only as the WiFi. This is off limits for all arcade characters until Vanellope’s game gets damaged and they need to go to eBay to buy the missing part. This takes them into the crazy depths of the internet and the true adventure begins.

Disney succeeds brilliantly with making this journey feel like a wild ride. The reimagining of the physical internet space fully captures the unknown vast nature of the service which we use constantly to function in life. It brings up the positives of the internet but also touches upon the negatives. There are subtle nods to the adults in the audience with what is shown, satirizing American culture, but the film is constantly bright and colorful, while also being filled with one-line jokes which are able to hold any child’s attention.

What truly helps with this is the impressive animation design which makes the mannerisms of the characters jump right off the screen. Their facial expressions are also life-like and bring a sense of reality to the animation. John C. Riley perfects the energy of Ralph in this sequel, as he takes everything up a notch from the first one. To counter his large persona, Sarah Silverman delivers Vanellope as the mature member of the duo. They work great together. The supporting cast is highlighted by a standout performance from Gal Gadot (“Wonder Woman”) as the uber-cool Shank, who works as the perfect foil to Ralph’s clumsy nature.

The film is worth watching alone for a sequence which takes place in the middle of the film. Disney brings in some of their other licensed characters and it makes for a very meta feel to it all. Any fan of princesses, superheroes, or past legends will find the scenes very satisfying to watch.

The only downside to a film which moves as quickly as this one is that the character development has to catch up to the action. Sometimes the motivations come off forced and certain things aren’t touched upon enough. The fact of the matter is an animation film for children cannot be more than two hours long, so they needed to squeeze as many internet elements as they possibly could within that time. It all makes for a wildly entertaining ride and a wholeheartedly ambitious film which works on almost every level.