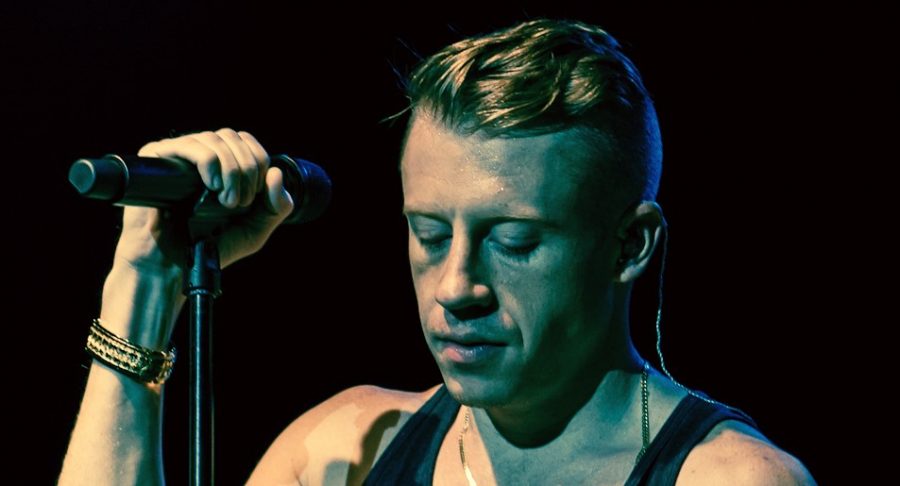 Photos Courtesy of wikimedia.org and instagram.com

Macklemore’s gone through quite the week. After reaching the now-ignominious title of “most successful rapper in the 2013 Grammys” last Sunday, the Seattle-based rapper spent the past five or so days on the receiving end of internet backlash.

The source of the backlash, of course, is his perceived ill-deserved wins in the categories of “Best Rap Performance,” “Best Rap Song,” and “Best Rap Album,” where he beat out contemporary legends such as Kendrick Lamar (the favorite), Drake, Kanye West, and Jay Z. As a result, the unforgiving comment sections of the World Wide Web ripped him apart for being less than deserving of the honor.

To be clear, I do not believe Macklemore matches up to Kendrick in regards to many aspects that critics regard as “good” rap: his flow, wordplay, and lyrical mastery pale in comparison to Kendrick’s. But that isn’t to say that Macklemore’s doesn’t have his merits.

Since the Beastie Boys slapped amusing rhymes on top of carefully sampled beats, white rappers have been shoehorned into a handful of distinctly isolated categories: truly great rappers like Eminem and Action Bronson made their name by just being better than their peers, but most white rappers find themselves relegated to Comedy Rap (The Lonely Island, Lil Dicky, Epic Rap Battles of History), Frat-Boy Douchebag Rap (Sam Adams, Timeflies), and “Middleschool Rap” (Yelawolf, Mac Miller).

Macklemore, however, is his own entity, not fitting into any category but the one he’s building. Closer to pop-rappers like B.o.B, Flo Rida, and Pit Bull than to true flow masters like Kendrick and Earl Sweatshirt, Macklemore is helping produce a brand-new Pacific Northwestern rap scene that I like to describe as “anthem rap”: socially conscious and accessible hip-hop with a broader, more universally approachable message than most white rappers.

Kendrick Lamar raps about growing up in Compton while abstaining from the vices his friends indulged in. Living within such a troubled environment while also living outside of it is a fascinating topic that Kendrick tackles in an eloquent narrative structured like a three-act play. Macklemore got his start rapping about baseball and being Irish while doing genre-bending impersonations of David Bowie, but has since moved on to broadcast anti-drug (“Otherside”) and pro-gay rights (“Same Love”) messages. Other hip-hop groups like Atmosphere and Blue Scholars hail from Macklemore’s Pacific Northwest and share the same sweeping, sunny style that doesn’t take itself too seriously while still having something to say.

Which is a great thing that music culture as a whole should embrace. Kendrick’s good kid, m.a.a.d. city is a masterpiece, and its message is just as important as Macklemore’s. But Macklemore’s Top 40 equality anthem “Same Love” is an undeniable success for gay rights and should be celebrated, especially when the topic is so timely and important to people everywhere. Winning the aforementioned Grammys, along with his powerful performance of “Same Love,” provided an important platform to further promote that message.

Besides, Kendrick isn’t exactly angry about this whole ordeal. With everyone shouting about how much better he is, coupled with a killer performance with Imagine Dragons during the Grammy television broadcast, he’s benefited from increased exposure. So far, this exposure has manifested itself in a reported 99 percent increase in his Spotify traffic as of Wednesday. Says Kendrick: “The universe comes back around, that how it go.”

It would take 1,000 extra words for me to detail the problems facing the Grammys. To be brief, the system is flawed. Popular genres like hard rock, metal, and rap itself are considered “niche,” while the Grammys choose instead to live five years behind the rest of the world. The entire “Best Rap Album” category was bogus to begin with; deserving albums like Pusha T’s My Name is My Name, Earl Sweatshirt’s Doris, and Danny Brown’s Old were left unrecognized in favor of more older names like Jay Z and Drake who, while talented in their own right, didn’t put forth content of the same quality this year.

Basically, until the Grammys overhaul their system, taking them less seriously is the only logical, sensible approach. Following them differently is a great way to drive yourself crazy. So just enjoy the fact that such an (ostensibly) earnest, well-meaning artist is having his admirable message spread.

Because honestly, you could drive yourself crazy trying to figure out the Grammy’s logic—there’s no way Taylor Swift’s Red could be considered in the same qualitative universe as Yeezus.