Staying the course: track and field looks to improve with young core of runners 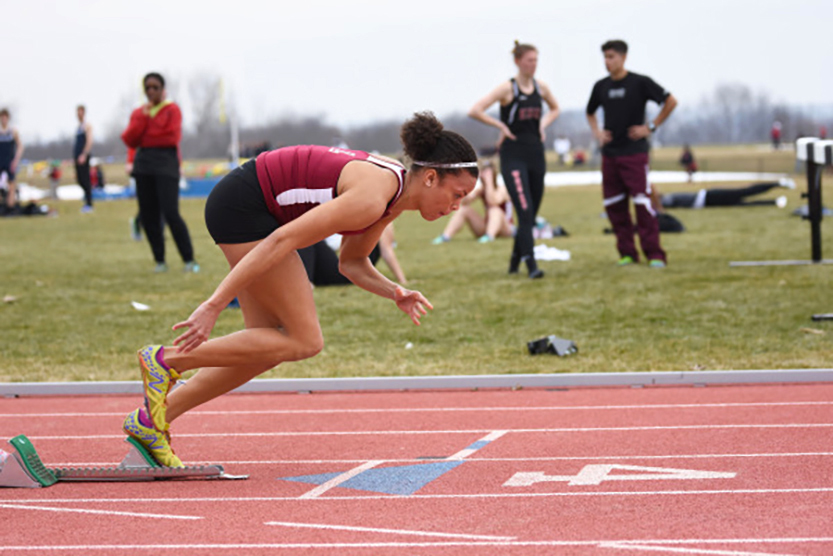 The Lafayette track and field team will kick off the indoor portion of their season this weekend with the Fast Times Before Finals meet held at Lehigh University in Bethlehem, Pa. After falling to the Mountain Hawks in last year’s dual meet, the team has another opportunity to challenge their rivals while also facing off against other local schools such as Muhlenberg, East Stroudsburg, and Moravian.

The offseason preparation over the summer and during the fall cross country season has the Leopards in good shape for their final tune-up before the winter season officially starts in January 2019.

“We have looked pretty good as a team during our practices,” sophomore Jermaine Rhoden said. “Our workouts have gotten considerably harder than last year and we’ve done very well to adjust to those standards.”

Fellow sophomore Brian Kaufmann echoed these comments, describing how the team has been adding “technical drills” to increase the difficulty of their training sessions.

This weekend’s matchup is the first full meet for the team this fall. Last weekend, five members of the women’s team, all of whom were cross-country distance runners, competed in the Bison Opener at Bucknell as part of their training for the upcoming competitions. The early matches provide a great opportunity for the team to get used to the meet atmosphere before the big tournaments begin in the new year.

“We’re really trying to replicate meet scenarios the best we can,” Kaufmann said. “A lot of these teams have some really fast athletes and good jumpers and throwers so it will be good competition for us.”

Regardless of the results, the future appears bright for the Lafayette team with the integration of many young and talented athletes. Out of the 42 members of the men’s team, 20 are freshman and 11 are sophomores. The same is true for the women’s side, as 27 of the 43 athletes are in their first or second year.

“Our team is extremely young and is comprised mostly of freshman and sophomores,” Rhoden said. “We saw enormous growth from the team as a whole, and I am confident that the work they have put in all summer and fall will be on full display this winter and spring.”

Keep an eye on senior Caroline Harmon, who came in first for the team and fourth overall during the Lafayette/Lehigh dual meet and also placed seventh in the Patriot League Outdoor Track & Field Championships in the 1500 meter race. Fellow senior Amy Hewlett and sophomore Kelsie McGlynn look to be a force again this season, as the two combined with junior Crosby Spiess and sophomore Sophia Gardinier for a sixth place finish in the 4×100 meter relay in the Patriot League Championships.

Although the team is full of skilled runners and throwers, they are taking it one day at a time to pace themselves through the year.

“It’s a long season,” Rhoden said. “The teams and athletes that perform well are the ones that keep their goals in mind.”

The players on both teams also understand that it’s crucial to have a strong mindset as they continue training and competing.

“We have really been emphasizing mental toughness,” sophomore Liv Palma said. “We are going to do our best to compete with Lehigh and make them work for it.”

“This weekend, we can show them how much of a threat we are,” she added.