Provost Abu Rizvi to step down, says time in role has been ‘true joy’ 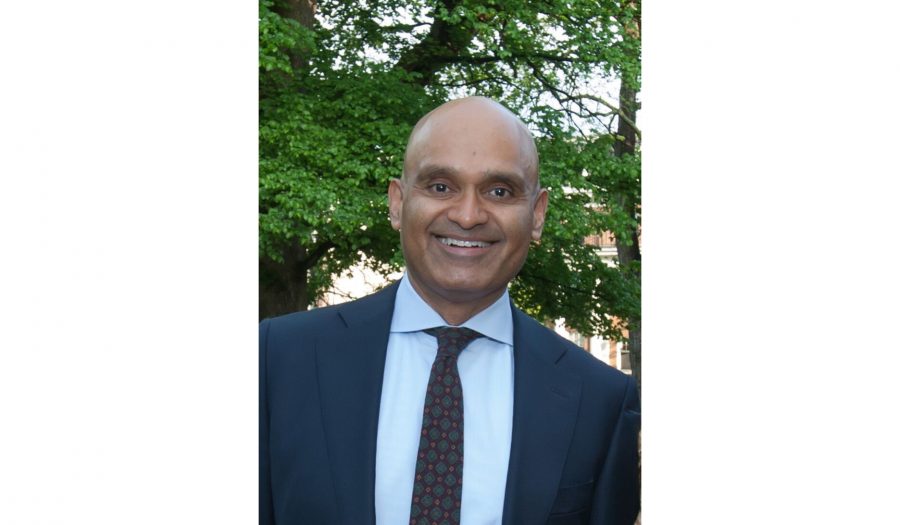 After four years, Provost Abu Rizvi will step down in June. (Photo courtesy of Abu Rizvi)

Abu Turab Rizvi announced last week that he will be stepping down from his current role as the college’s Provost on June 30, after his fourth year at the college. Beginning in July, math professor and Dean of the Faculty John Meier will be taking over for Rizvi. This semester, an in-house search will take place to find a new Dean of the Faculty, who will be appointed by the time Meier steps in as Rizvi’s successor in July, President Alison Byerly said.

Rizvi is currently responsible for the academic aspects of the college, serving as a strategic partner to the president and a member of the President’s cabinet. He oversees the faculty, curriculum, academic departments and programs as well as other academic support services such as libraries and the registrar’s office.

“I have greatly appreciated the professionalism, analytic rigor and knowledge of higher education issues that he has brought to the Provost’s office and to my own senior leadership team,” Byerly wrote in an email.

Before coming to Lafayette in January of 2015, Rizvi, who went for his undergraduate degree to Vassar College, worked as the Dean of the Honors College at the University of Vermont for seven years. While on a research leave at the Harvard Graduate School of Education, he was contacted about becoming the Provost at Lafayette.

“I felt as if I was coming home in a way because I started at a liberal arts college, and it is really fantastic to be here now,” Rizvi said about his experience.

Provost Rizvi noted that one of the things he enjoys the most about working at Lafayette College is getting to know the people here.

“It has just been a real pleasure to see how much everybody, from the alumni to the groundskeepers to students, faculty, administrators and board members…deeply love this institution and how strongly they feel about its future,” Rizvi said.  “Having been here for four years, I can fully see why. That process of getting to know a place, and, in my own small way, helping to make it a somewhat better place has been…a true joy.”

“[Provost Rizvi’s] work on the topics of competitive faculty salaries, enrollment expansion and socioeconomic diversity helped lay the groundwork for the launch of the strategic direction,” Byerly stated in a campus wide email on Jan. 24.

Byerly also mentioned Rizvi’s integral part in the development of the Rockwell Integrated Sciences Center, as well as a new academic plan for faculty involving retreats, discussions and planning.

Rizvi said that what he was most proud of from his time as Provost was “being associated with the forward-looking strategic direction and…the ability to work to develop the college and support the faculty and the academic programs.”

One important role Rizvi filled during his time at Lafayette was in the President’s Affordability and Distinction through Growth initiative, where he chaired two working groups.

“[The initiative] was very exciting because it addressed a number of things that were very important: how we continue to make a Lafayette education accessible and affordable to the broadest range of student,” said Rizvi. “It resonated very strongly with my values towards accessibility and high quality in academics, in developing the college in a way that realizes more fully its distinctiveness, where there are a lot of different kinds of disciplines on the same campus.”

Robert Sell, the Chair of the Board of Trustees, said that Rizvi “has brought a level of professionalism and objectivity to the office of Provost that we haven’t seen in the past.”

“He has a very professional, very objective, style and approach. He is serious, he is thoughtful, he is contemplative, and he brings a predictable style to the job,” Sell added. “He gives the board a lot of confidence and a lot of assurance that decisions are made in the most objective of ways.”

Next year, Provost Rizvi will take an academic leave before returning to Lafayette College as an economics professor in the 2020-2021 academic year. During his sabbatical, he plans to spend time researching higher education and economic issues, merging his two fields of interest and experience.

“I’m really devoted to figuring out how [liberal arts] institutions such as ours can continue to advance their quality…in a way that is financially sustainable and how they can continue to provide the broadest access to this kind of education for students,” said Rizvi.

“We know that college is expensive, we know that it is very, very important to have a high quality education, and we also know that colleges need to think about their own financial sustainability. My work is really about how to balance all of those things and how to make them work in the current context and how to be responsive to all the changes in the world that we see,” he added.

John Meier will be replacing Rizvi after he steps down. Byerly highlighted Meier’s “extensive administrative and faculty leadership experience” in her email to students and faculty this January.

“[Meier] brings change as a person from the Lafayette community that can take some of the things that Abu has done and even advance them further,” Sell said. “John is exactly the right guy at the moment to step in.”

“It’s natural and a good thing for there to be a change in leadership, and I don’t think we could have found anybody better than John Meier. He has the exact experience, skills, and temperament for this job. I think that this office will be in extraordinarily good hands,” Rizvi said.

Correction (2/4/2019): This article originally incorrectly stated that John Meier would be replacing Abu Rizvi as provost in January 2019. Rizvi will be stepping down June 30, and Meier will begin the role on July 1, 2019.

Correction (2/4/2019): This article originally incorrectly stated that Rizvi served in an administrative role at Vassar College. He was an undergraduate student there.