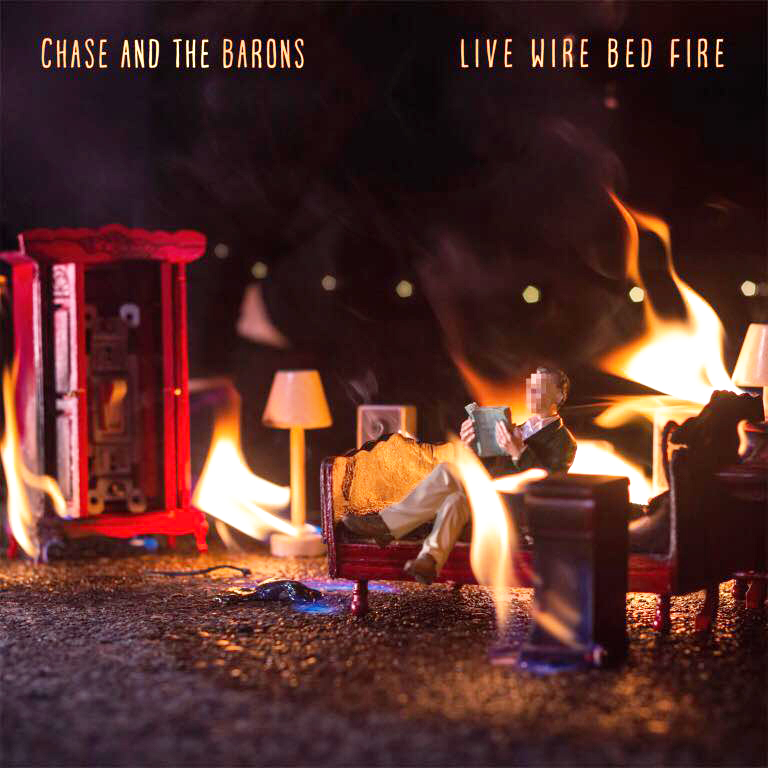 Chase and the Barons continue to showcase their talent on newest album 'Live Wire Bed Fire.' (Photo courtesy of Chase and The Barons)

After releasing two EPs in the last two years, the Pittsburgh-based band Chase and the Barons are set to release their debut alternative-rock album titled “Live Wire Bed Fire” on April 6.

The album is a fun and well-rounded listen. I agree with their band bio when it states that the album captures “elements of pop-rock, punk, and R&B.”

Chase and the Barons is an alternative-rock band from Pittsburgh, made up of four 23-year-olds who have been friends for six years. They dress very colorfully and give off a quirky and energetic vibe.

Although they are still relatively unknown outside of these small events, the first single off their album has been gaining traction in Pittsburgh, mainly through the city’s alternative rock radio station, 105.9 The X.

They have previously released two Extended Plays (EPs), “Propose a Toaster” in 2017, and “Panic Winshaw” in 2018. Their debut album is definitely reminiscent of the sound of these EPs, but the length allows them to showcase their range and songwriting abilities even more.

The first single off of the album (released in April of 2018), titled “Intoxicated,” is definitely one of the stand out songs by demonstrating the unique style of the band: alternative rock with some punk and R&B influences. It features catchy saxophone and guitar melodies, as well as clever and suggestive lyrics.

The album as a whole is very similar. Most songs are upbeat, feature witty lyrics and impressive guitar solos, and infuse the alternative-rock sound with elements of punk, pop, and R&B. Their sound is similar to that of artists like Weezer, John Mayer, Greenday, and Jimmy Eat World.

For a small band, the album compares quite impressively with other albums in this genre.

Overall, the album is definitely worth a listen for lovers of alternative rock and punk music. The album will be available April 6, and after the fact, the band plans on “focusing their efforts on expanding their fanbase beyond [Pennsylvania] and promoting their upcoming release to major hubs worldwide,” according to their website.