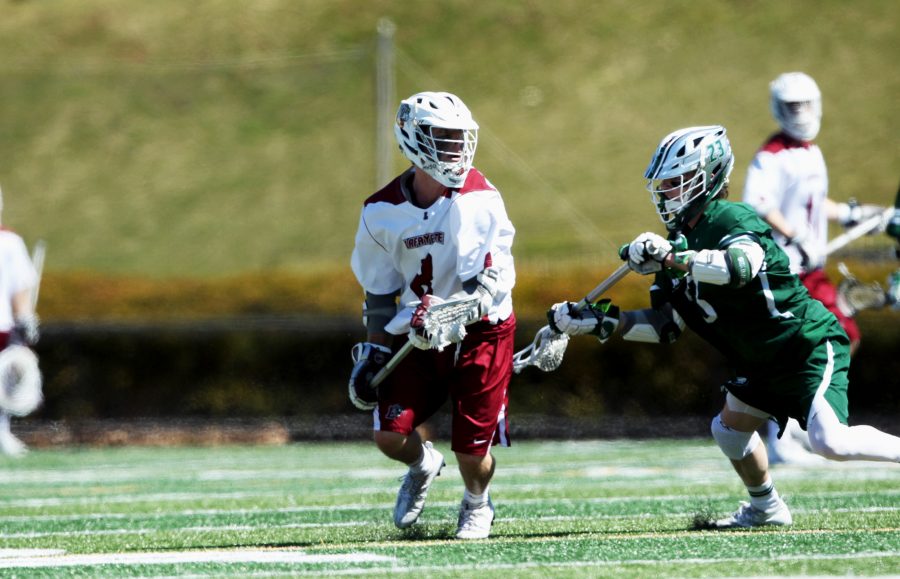 The men’s lacrosse team started their season last Saturday with a matchup against Rutgers, the 12th ranked team in the country. In Patrick Myers’ first game as the Lafayette head coach, the Leopards held their own against one of the toughest teams in the nation. Sophomore midfielder Andrew Robbins notched a hat trick, but the Scarlet Knights pulled away to win 14-8.

The Leopards were not discouraged in the face of a highly ranked team on an away stage. Rutgers scored the first three goals, but freshman midfielder Ryan Kirkwood netted his first career goal to trim the deficit to two heading into the second quarter.

Although Rutgers scored two more in the second, Robbins notched his first goal of the game and his third as a college lacrosse player after tallying two goals last season. The halftime score stood at 6-2 in favor of the Scarlet Knights, but the Leopards weren’t done yet. The team trusted the daily work they put into their craft, and were not fazed despite a tough opponent and a halftime deficit.

“We talk a lot on our team about building confidence through preparation,” junior attacker Robbie Garavente said. “The only way to become the team we are striving to be is to put the work in throughout the week at practice.

“Re-emphasizing this point is a constant reminder of what our goal as a team is, which is to become the best version of ourselves,” he added.

Lafayette outscored Rutgers in the third quarter with a pair of goals from Robbins and a third from freshman midfielder Cole Dutton. The 8-5 score didn’t stay close, as the Scarlet Knights put the game away with a six goal scoring spree in the final quarter to close out the win.

“Leading up to the game, one of our main goals was to compete for all four quarters and work hard all over the field,” Garavente said. “The outcome was not what we wanted, but we were able to take several positives from the game while still learning a lot about ourselves and what we need to work on.”

It was an encouraging first game for freshman goalie Ryan Ness, as he managed 14 saves in keeping Rutgers to 14 goals on their 44 shots. The Leopards offense put up 30 shots in the loss.

The team will return to Fisher Stadium for their home opener against NJIT on Saturday, Feb. 9 at 12 p.m.

“Overall, we are excited to build off of our performance,” Garavente said. “Throughout the entire year, something we focus on is hard work, which we define as uncommon, relentless effort.”