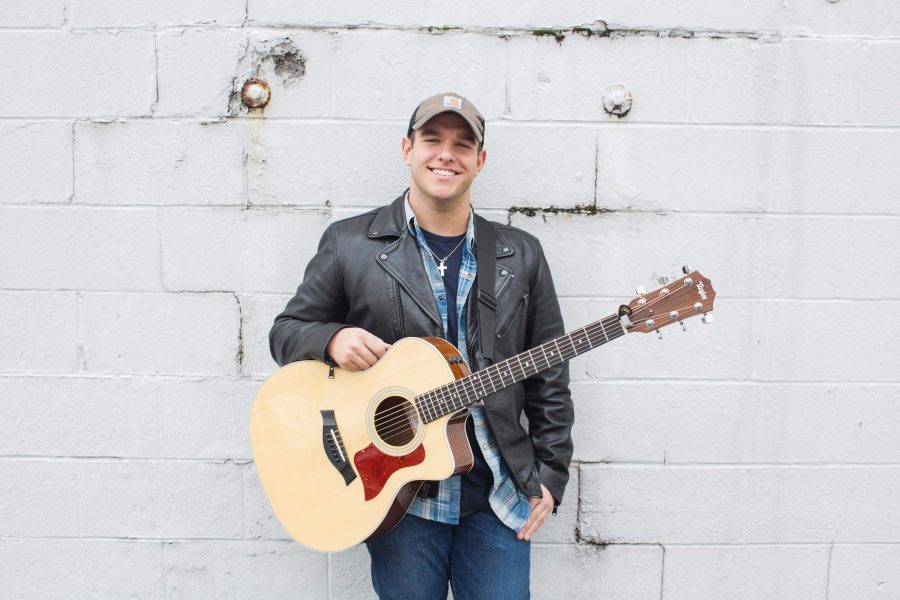 From sad backcountry ballads to hardcore guitar riffs, Holdyn Barder ’21 pursues his passion for country music with a collection of songs that are as adventurous as they are sentimental.

When his family moved from Houston to Philadelphia when he was just three years old, Holdyn brought with him the outlet he uses to “escape the world.” Barder works frequently with country songwriters and artists, some of whom are prominent in the genre, who emulate his drive to find success in an industry that is often unforgiving and unpredictable.

“It’s really like walking through life with a blindfold in a way,” Barder acknowledged. “You have to start somewhere and there’s no formula to do it. You just got to do it.”

Growing up in the Barder household, there was always a wide variety of music playing on the speakers. Despite listening to all different types of music growing up, Barder realized that country music was the one genre that kept coming back to him.

“The way of life that country music portrays is of happiness, being free, and having fun,” Barder said. “I think those elements of music are how I perceive life to be.”

Although he only began singing and playing the guitar in high school, Barder has made remarkable strides in his few years as an aspiring country musician. As recently as December, Holdyn was named the number one country artist in the Lehigh Valley by ReverbNation, an online platform that provides opportunities for singers and bands to gain recognition.

“It’s been surreal,” Barder said. “Three years ago I was just strumming the guitar in my bedroom and now I’m pursuing a country music career just starting off.”

An odd coincidence started Holdyn down the musical path. When he was in middle school, a friendly game of tennis ended with Barder finding a blue paperclip in the shape of a guitar on his backpack, which inspired him to begin playing the instrument.

“I’d always wanted to try [guitar] beforehand, but that was the moment where I decided ‘let’s do it,'” he said.

Barder didn’t begin singing until he was in high school, and now finds himself juggling college life and the labor intensive job of writing and producing songs while simultaneously managing various social media outlets to promote his music.

“I do a lot of the manual work,” Barder said. “I’ve been balancing both academics and music for almost a year now intensively, but it’s absolutely worth it.”

“It’s amazing because two weeks ago I was in Nashville writing songs with key songwriters and now I’m here in my English class,” he added. “It’s kind of a dual life in a way.”

Barder’s first trip to Nashville in the summer of 2018 saw him take in the city as a tourist traveling with his mother. Now, a few months later, he’s travelled there multiple times to write with well known songwriters in the business, including Jason Matthews.

“We recorded some new music that is expected to come out soon,” Barder said. “This summer I plan on releasing a debut single.”

Holdyn’s cover of Luke Combs’ “She Got the Best of Me” was his first official release that was recorded in studio this past summer. While all of his songs have been covers so far, Barder feels he is able to convey his own style in others’ music, and connect with his listeners along the way.

“One song can be portrayed in many different ways,” Barder said. “I took the emotion and the intention of the song and I twisted it into a different perception.”

Regardless of the song, Barder hopes his love for the genre will help him connect with his listeners. And most of all, he hopes that the music he releases brings as much joy as he experiences while making it.

“I want my music to be intentional, and have meaning,” Barder said. “I’m doing this because I love it and I think I can help and impact so many people in a positive way.”