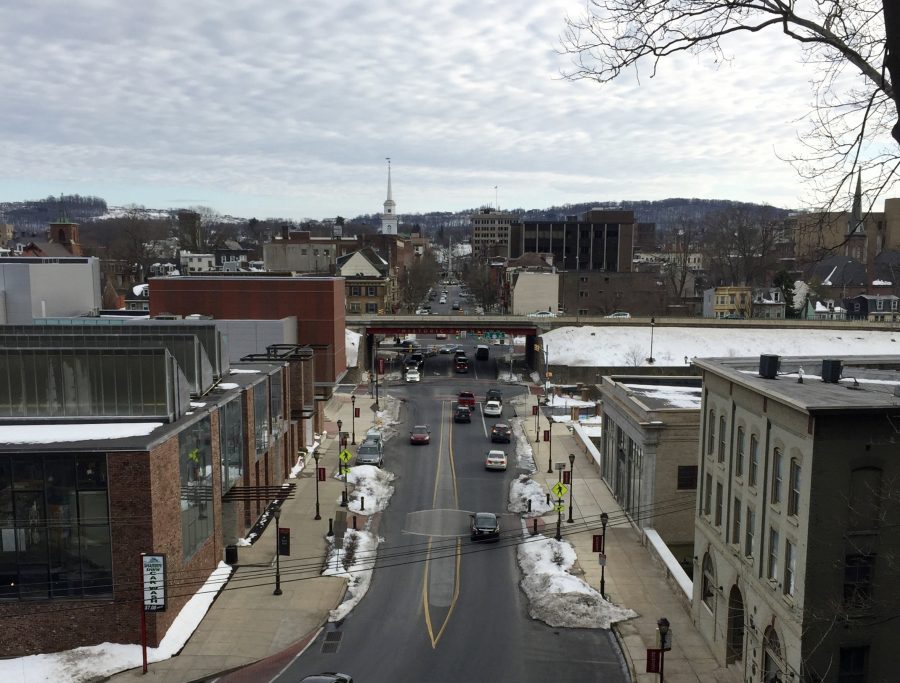 Strong gusts of wind roared through the Lehigh Valley on Monday, reaching speeds up to 30 miles per hour, according to the National Weather Service. The wind blasts blew the college’s power out on Monday morning for about an hour and several classes were canceled as a result.

The National Weather Service issued a high wind warning for the area this past weekend, preparing the area for the weather to come.

According to Executive Director of Facilities Operations Bruce Ferretti, the outage was not caused by damage on campus, but rather was a result of the high winds “not very far from Hackett Park,” which is in the western end of the city. Power came back on at about 10:30 a.m., after going out at about 9 a.m.

During the outage, the facilities staff were involved with inspecting and monitoring the campus emergency generators, and also to determine the cause of the outage and “estimate the time required for power to be restored.”

Facilities personnel were also involved with campus faculty to preserve any research projects or equipment that require power to be maintained, according to Ferretti.

Ferretti also noted that the wind was responsible for causing “a rather large tree [to fall] on the roof of the Maroon Strength Club,” which damaged the roof.

Though the outage was short lived, the event raised some concerns about student safety on campus when the power is off. It was left to professors’ discretion to cancel classes and campus remained open despite being without power.

Hugel Science Center, the home of the chemistry department on campus, remained open during the power outage despite concerns about the air quality in the building. Without power, the fume hoods that are normally used to evacuate gases from the building were inoperable.

“[The chemistry department has] noticed in the past that when the power is out for a long time the air quality in the building goes down drastically,” said chemistry professor Chip Nataro, whose office is on the second floor of Hugel. “We have decided as a department that we don’t want to be around after a half hour.”

The chemistry department opted to cancel classes after ten o’clock on Monday in order to not risk exposing students to the potentially reduced air quality in the building. Other classes were still held on the first floor of Hugel, but Nataro said that the first floor posed less of a risk.

“It…takes time to impact lower floors,” he said. “From what I could tell, when I left the building, it didn’t seem bad on the lower floors yet.”

“I think if it had been out significantly longer, it would’ve eventually gotten to a point of being unpleasant,” he added.

The power outage came in the wake of some extreme weather events that have occurred over the semester. In a cold snap about a month ago, temperatures dropped below zero.

According to Director of Health Services Dr. Jeffrey Goldstein, the cold and unpredictable weather patterns can have a dramatic effect on student health. He noted that the main reason for the spike in sicknesses to occur on a college campus is that “the colder it is in the winter months, the more time people spend in close proximity to each other. People are out less and in their dorms or social gatherings.”

“Our immune system functions better in warmer weather,” he added. “Cold weather has a small but real impact on our immune system. Respiratory viruses like [rhinovirus and] influenza, replicate better when temperatures are a little cooler.”

“We take for granted the impact that adequate sleep has on our immune system. If you’re getting less rest, then that has impact on your immune system,” he said. He also suggested practicing good hygiene habits, such as “good cough hygiene, hand hygiene, as well as cleaning personal spaces.”

Overall, Ferretti said that this winter has been “mild to average.” He noted that minor outages happen once or twice a year, but are usually much shorter in duration.