Jamaican Prime Minister to be announced as 179th commencement speaker 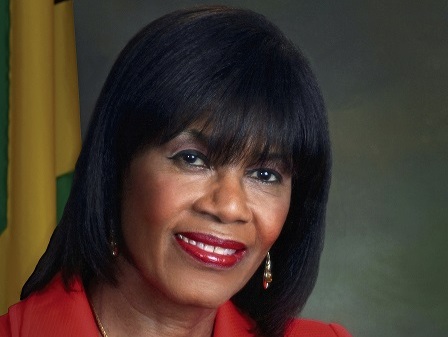 Portia Simpson Miller, the first female prime minister of Jamaica, will be announced later today as the principal speaker of Lafayette’s 179th Commencement.

Simpson Miller, who was named one of Time magazine‘s 100 Most Influential People of 2012, is in her second term as prime minister of Jamaica. In 2013, she was inducted into the International Women’s Hall of Fame, joining figures such as former British Prime Minister Margaret Thatcher and U.S. Supreme Court Justices Sandra Day O’Connor and Ruth Bader Ginsburg.

Starting her current term in January 2012, and having already served as prime minister from March 2006-September 2007, Simpson Miller is only the second person to serve non-consecutive terms in Jamaica’s highest position. Her campaigns have been widely recognized as focusing on empowerment for marginalized individuals and uniting classes with the goal of addressing problems of crime and economic underdevelopment. She has also endorsed breaking from Queen Elizabeth of England and transforming Jamaica into a republic with an elected head of state. She was also the first head of state in Jamaica to endorse civil rights for gay, lesbian, bisexual, and transgendered individuals.

In addition to her speech, Simpson Miller will be awarded an honorary Doctor of Public Service degree.