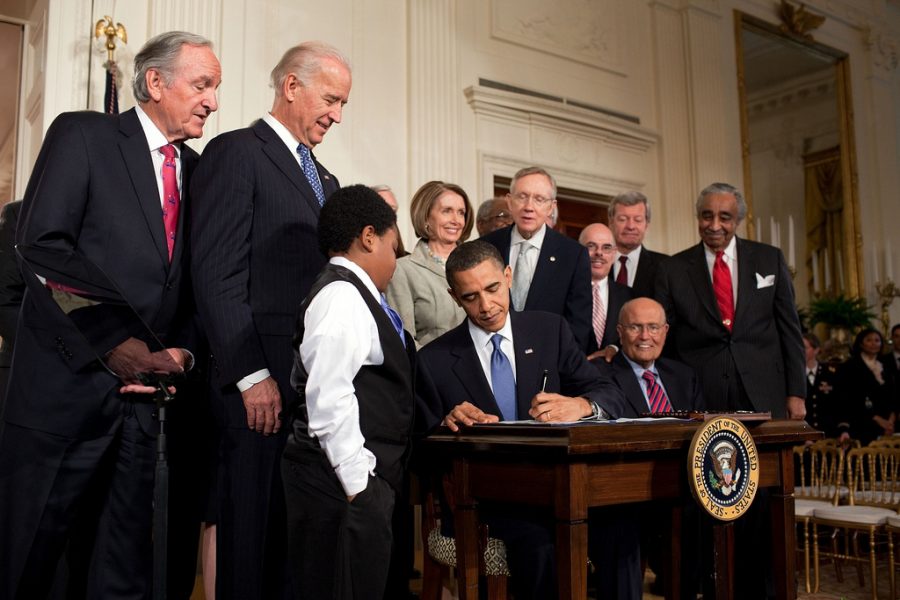 Students at Lafayette are prepared for the Affordable Care Act’s sign up deadline on Monday, due to the requirement for all citizens to be enrolled in a health insurance plan or face a tax penalty.

The college provides an insurance plan for those who don’t have health insurance externally. Before last August, about 100 students per year enrolled in Lafayette sponsored insurance; when the 2013-2014 school year started, 318 students had signed up for the plan, according to Dr. Jeffery Goldstein, Director of Health Services.

“Last year we changed our policy at the college in anticipation of the Act,” Goldstein said. “So we actually mandated ahead of time that all students have some sort of health insurance policy.”

A memorandum sent out on May 2, 2013 by Goldstein stated, “In anticipation of the [Affordable Care] Act’s requirement, to ensure that all students have access to comprehensive medical care while attending Lafayette College, all students will be automatically enrolled in the Student Health Insurance Plan (‘SHIP’).” Students were able to opt out of this healthcare plan if they could prove they already had a better or equal plan.

Goldstein said this mandate has helped students through Lafayette. Among these beneficiaries have been international students, Goldstein stated, which, before the ACA went into effect, the college always required to get healthcare, but would usually purchase inexpensive plans with inefficient coverage. With this new mandate, international students either have to sign up for healthcare with Lafayette or demonstrate they had “comparable coverage.”

“It might be easier for students, because the college already knows where you can go [to the doctor’s] and you can just go immediately,” Chen said.

Cassidy Reller ‘16, another domestic student, wrote in a text that he is on his parents plan “because it’s cheaper.”

“The colleges [sic] plan is expensive and has weaker coverage than my parents [sic] keeping me on their insurance,” Reller wrote.

Professor M. Erol Ulucakli, an associate professor of mechanical engineering, said professors at Lafayette are provided with health insurance and Medicare, so they are not required to sign up for insurance through the federal marketplace.

Ulucakli said he does not see the Affordable Care Act having a large effect on the professors at Lafayette, since professors have adequate health insurance through the college.

Ryan McCormick ‘14 said after graduation, he plans to transfer from his parents’ insurance, which he is on currently, to the health insurance with his future employer. He said he has not seen health insurance and the Affordable Care Act as having an immense impact on the Lafayette campus, saying it is not a subject he hears students talk about often.

“[Students are] more concerned about jobs or what they’re going to do on graduation…not so much their health provider,” McCormick said.

Though the implementation of the Affordable Care Act may not have a large effect on the majority of the student population, Goldstein said one of the most positive aspects of the plan is that it makes it so students can get healthcare without the insurance companies discriminating based on pre-existing conditions.

“For the cohort of students with chronic diseases…although we don’t have many, we certainly have a number of students with diabetes and Crohn’s disease, and other conditions where in the past it would have severely impacted their decision making to get insurance,” Goldstein said. “[The ACA] now requires the insurance companies to accept everyone with a pre-existing condition.”