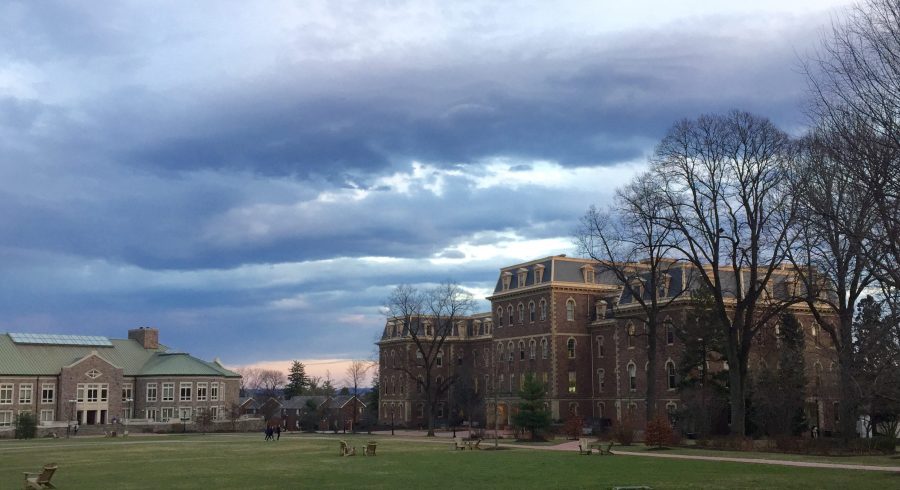 As numerous sexual assault scandals continue to unfold at various levels of power and influence across the country, the college is currently working to prevent sexual assault and to provide more resources to victims on campus. As part of this ongoing effort, the Office of Educational Equity sent out a survey on Monday to allow students to share their perspectives and experiences with sexual misconduct.

The survey contains questions related to the campus climate surrounding sexual assault, as well as questions about specific incidents of sexual assault for those who have experienced it. There is also a section that delves into bystander behavior on campus.

According to Brown, the purpose of the survey is not only to allow students to anonymously disclose instances of sexual violence, but also to inform policy decisions in the coming years at the college.

“We’re hoping there’s a lot of student participation that will give us a better picture not only of what’s happening on campus, but also students’ perspectives on the processes that are involved [and] students’ perceptions of what resources are available, [which] can help inform [how to improve] training, responses and a whole host of different issues,” she said.

The data the college currently receives regarding sexual violence on campus is either reported directly to Brown’s office or comes through the annual security report released by Public Safety, which Brown says differs from the completely anonymous survey in that “when someone is reporting something to the school, [it] could potentially be investigated or followed up on.”

“We know just from looking at statistics that sexual violence is really under-reported on college campuses across the country, some statistics say as much as 90 percent of assaults go unreported,” she said. “My office does intake sexual misconduct reports, but that doesn’t give us the whole picture of what’s going on on campus.”

Brown also noted that the college conducted a similar survey a few years ago, but that the response rate was too low to be “representative of the community.”

Director of Survey and Institutional Research at HEDS Adrea Hernandez said that the goal of the survey is not necessarily to make population estimates about the school as a whole.

“We are always hoping…that the response rate is as high as possible, [but] at the same time, with this survey, we’re not trying to make population estimates in terms of rates of sexual harassment or rates of sexual assault,” she said. “It is giving students and faculty and staff the opportunity to share their stories and provide information about what they’ve experience, so we think that any collection of data can be helpful.”

According to Hernandez, HEDS will offer the college a variety of metrics from the data collected, including frequency reports of how many students answered each question in addition to aggregated reports comparing Lafayette to other smaller and larger institutions. She said that the process is completely anonymous, and respondent identities are never paired with their data.

“As the campus climate questions, we create key indicators based on the average response to those questions…to give institutions an idea of a mean of where they fall compared to other institutions and universities administering the survey,” said Hernandez. “We also offer summary reports pointing out the key indicators from the survey, things that we think the institution is trying to learn…about campus climate, but also what’s going on in terms of what students are saying about incidents of sexual harassment, sexual assault and bystander behavior.”

The school will also be conducting a similar survey for faculty and staff later on in the semester. According to Hernandez, this survey contains many of the same questions regarding campus climate, but the student version “gets more into the details of incidents of sexual assault and bystander behavior, whereas the faculty and staff version of the survey asks employees more about their awareness of how to respond to incidents of sexual assault, in terms of their roles and duties are when it comes to reporting incidents.”

The student survey comes at a time when there are three active rape investigations reported by Public Safety in the crime log, although Public Safety Director noted that one of the reports has since been rescinded by the reporting party.

Brown said she hopes the data will be used in an ongoing conversation on campus about improving the school’s policy and education programming going forward, and that further investigation of the data will occur in the fall semester of 2020.

“I would encourage all students to participate, not just those who have experienced sexual violence,” she added. “[T]he more people that participate, the better picture we’ll have, the more knowledge…we’ll have about resources and things we should support.”

Students who participate in the survey will have the option to be entered in a drawing for $75, $50 and $25 gift cards to the college book store. The survey closes on April 8.