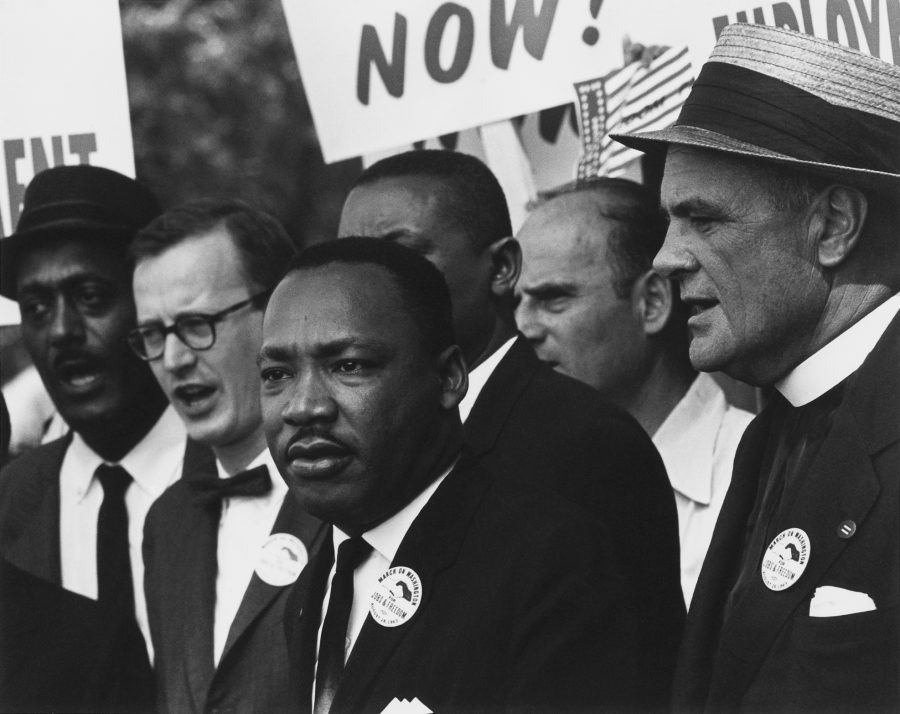 Lafayette celebrated its seventh annual Martin Luther King Jr. Luncheon with the help of young students from March Elementary School this past Monday.

The skits, which were the focal point of the event, were all written, directed and acted by the young students in order to showcase their knowledge of the Civil Rights Movement.

Students from Lafayette and March Elementary School students and faculty members were split among several round tables where they talked over lunch before the fifth graders performed three different skits, in Farinon’s Marlo Room.

The event was originally planned to take place in January on Martin Luther King, Jr. Day. However, due to weather conditions in January, it was pushed to April 1—three days before the 51-year anniversary of King’s assassination.

Chaplin and Director of Religious and Spiritual Life Alexandra Hendrickson opened up the event by remarking on its delay.

“I think it also helps us to remember that there isn’t just one day a year that we are called to remember the civil rights movement, what it means for all of us, adults and students, all of us together,” she said.

The three skits were “The Sit-in Protests,” “The Civil Rights of Dr. Martin Luther King Jr.” and one about Ruby Bridges, who was six years old when she became the first African-American student to enter a formally segregated public school in New Orleans, La.

“The Sit-in Protest” portrayed a biracial couple, Jamie and Fernando, in Birmingham, Alabama sitting in a whites-only restaurant hoping to buy hot chocolate. When the couple was reprimanded by a police officer and the shop’s owner, the narrator foreshadowed, “Jamie and Fernando, are about to school them with some hard facts.”

The couple encountered the police officer and owner with the philosophy of King.

The remaining two skits also focused on the words of King and other activists such as Bridges, Rosa Parks and Mahatma Gandhi.

“The Civil Rights of Dr. Martin Luther King Jr.” was placed at a civil rights rally where King was speaking.

The activists all held up signs, one of which made the room chuckle: “The only thing that should be separated by color is laundry.” The sign was also written in an array of colorful markers.

The skits all closed with a coordinated bow, followed by speeches prepared by each student on what they have learned while studying King’s work.

In one of their speeches, one student talked about the need to put difference aside and unite despite the color of a person’s skin. The young student, from March Elementary School, also acknowledged that racism is taught, as opposed to being innate into people’s beliefs.

“As a city, state, country, continent and most importantly world, we need to become a whole. Why you may ask? Well thoughts like these, about people being different just because of the color of their skin, can lead to wars, arguments, poverty and most importantly, separation,” the student said.

“And I know we can get through this because I know nobody is born racist, it is taught. Therefore we have to teach people that we are not just colors, we are people. We are people with beliefs, we are people with families, we are people with lives, and nothing will ever change that. Not the color of your skin, not the background you have, not even your gender. No matter what, we still bleed the same color,” the student added.

“At times we are overwhelmed, at times we despair that in the face of the forces of oppression, sickness, violence and destruction it can feel like our actions and our work amount to nothing,” she said.