Student government executive board positions up for election Monday 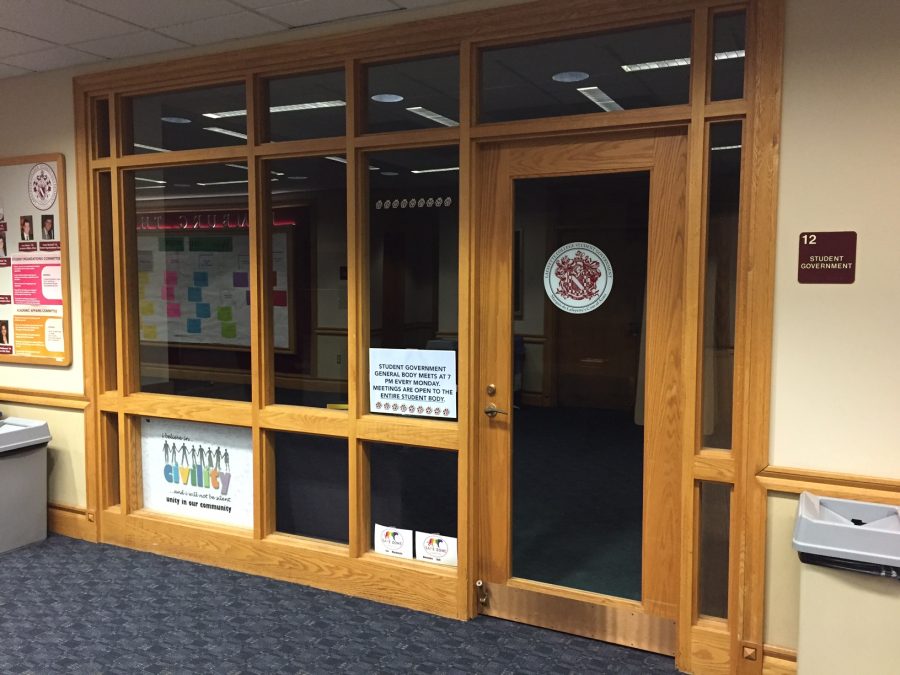 Student government will be holding elections for eleven executive board positions on Monday. Five of these positions are uncontested, with only one candidate running for each role. Six positions, however, have two students vying for their peers’ votes. Many of these candidates find commonality in prioritizing inclusion of marginalized groups in their platforms.

Samantha Demarse ’20 and Randy Zhou ’20 are running for Greek Life Affairs Director. Last semester, the Greek Life affairs committee conducted a survey about how campus perceives Greek life. The results showed that 63 percent of the 210 respondents, a little over half of which were non-affiliated, said that Greek life negatively affects Lafayette’s inclusivity.

Zhou, the incumbent, said that he would focus on making Greek life events “less exclusive,” shifting the focus of Greek life events away from which organizations are running it, and more toward what the event is actually about.

Demarse said that to promote inclusion, she would support membership scholarships for lower income students who normally would not join Greek life because of the associated dues. Zhou said he has been in preliminary talks within student government about setting up some sort of Greek life financial fund for these dues.

Fifty-nine percent of respondents reported that they don’t believe that Greek life’s presence on campus is accurately represented to incoming students. Demarse said that one way to remedy this would be training campus tour guides to be more candid about their experiences with Greek life. Zhou said he too would work to get more information to prospective students through the admissions office as well about Greek life, possibly using brochures.

Demarse is also running for Equity and Inclusion Director, competing for the position against Eduardo Rodriguez Gomez ’20. Under the directorship of student government president-elect Fraynette Familia ’20, the Equity and Inclusion committee submitted a proposal to raise the campus minimum wage to $9 an hour. Demarse and Rodriguez Gomez both hope to see this proposal come to fruition, as it is currently under review by the administration.

Demarse said she would work to promote diverse events that meet the needs of various student groups. She cited Lafayette Activites Forum’s Karamo Brown talk on Wednesday as an example, which she helped spearhead.

Rodriguez Gomez also hopes to see the proposal to raise the minimum wage come to fruition, and would hope to be a voice for multicultural groups in student government and to the administration.

Incumbent Sydney Sabino ’20 will be running against Samuel Kirby ’22 for Athletic Affairs Director. As the current director, Sabino has reinvigorated the so-called Leopards Lair, the student section at sporting events, and formed the Sports Marketing Crew and the Hype Crew. She also helped oversee the school’s partnership with the LANTA bus system, which students can now access using their school IDs.

Kirby said that he would aim as Athletic Affairs Director to focus on improving the internal community of the athletic department, and making a more inclusive environment for people of LGBTQ+ identities. He had a meeting with Queer People of Color representative Alex Diaz ’21 recently to discuss how to work toward this end, which, overall, is to help athletes feel more comfortable expressing their true identity.

Curran Stockton ’22 and Victoria Puglia ’21 are competing for the Student Organizations Director position. The incumbent Stockton said that in this position, she has been focusing on making the process of becoming a student organization easier, while still aiming for “quality over quantity” of groups.

Puglia wrote in an email that, similarly, she would “want to help foster opportunities for groups with similar interests to come together, learn from one another, and coordinate their initiatives for larger projects, if they are interested.”

The role of Executive Secretary is being contested by Jordan Avery ’21 and Victoria Puglia ’21. Avery has been filling the role of secretary, and said that she wanted to focus on the internal community as the size of the student government continues to grow.

Puglia wrote in an email that she would work to open up communication more between students and student government, by enhancing meeting minutes and including infographics in them.

Academic Affairs Director is up for election between Tergel Khatanbaatar ’21 and Thalia Charles ’22. Charles said that she would work to expand the number of prerequisite classes available at the college, as not all students had access to some lower-level courses in high school such as Precalculus—certain high schools simply don’t have the means to offer a number of courses that other schools do.

Khatanbaatar said he would work to expand academic freedom, with the goal in mind of allowing students to have potentially three majors if they would like. He would also like to expand the physical study space students have available, aiming to work with the administration on that front.