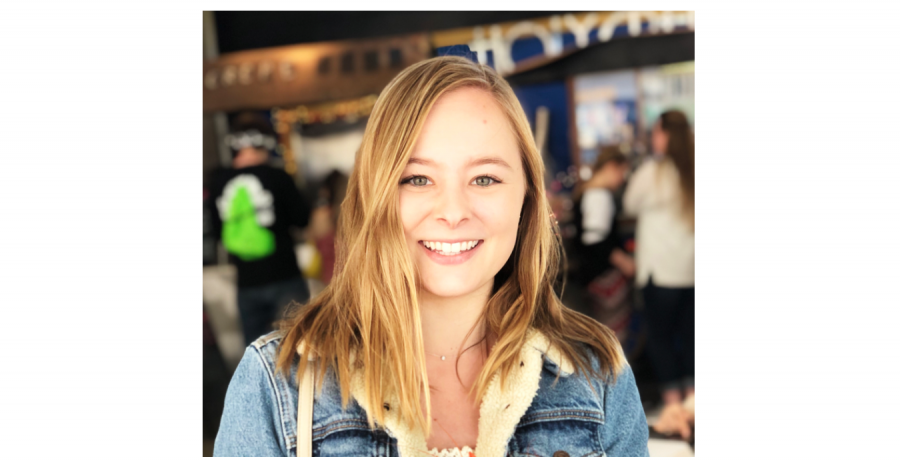 Something that Lucy Kahn ’19 said “weighs on [her] heavily at different points in [her] life]” is what “the purpose of all this” is.

“[The circle of life] is something I think about a lot the same way everyone thinks about life and death, especially when you’re in college, trying to figure out your future and what your purpose is,” she said. She added she sometimes ponders questions like “what am I supposed to be doing?”

Kahn is this year’s MacKnight Black Poetry Competition winner for her poem “Red,” the topic of which, in her view, is this so-called “circle of life.”

“I wasn’t really sure that I wanted to submit my poetry because I don’t like people reading my poetry or anything I write or create, but I figured it was my senior year. It was my last chance to have this opportunity,” said Kahn.

One reason Kahn has never entered poetry competitions in the past is her insecurity when it comes to public speaking, she said.

“I don’t want to read it out loud. But people are being really nice like, ‘oh we’re going to come watch you perform,’ and I’m like, ‘don’t come watch me perform, I don’t want anyone there,’” Kahn said.

Kahn added that she is “so nervous” that English professor Ian Smith is helping her practice.

“I’m not a great oral speaker,” she said.

Kahn said she doesn’t write as much poetry as she used to. However, she hopes to start writing more frequently, especially after her experience taking writing classes at Lafayette.

“It would be very nice to just take a vacation and write…but I’m constantly bombarded with other things. I’m in the middle of job interviews and work and trying to figure out my next steps,” said Kahn.

Kahn said most of the jobs she is looking at are writing-intensive. She was recently offered a position as a teacher and has also applied to HR positions.

“Whatever I do, it’s definitely going to involve writing,” said Kahn.

This year, Shane McCrae, award-winning poet and author of the poetry collection “In the Language of my Captor”, judged the MacKnight competition.

On April 16, McCrae will be on campus for a poetry reading. Kahn will be reading her poem prior to McCrae reading his own poetry.