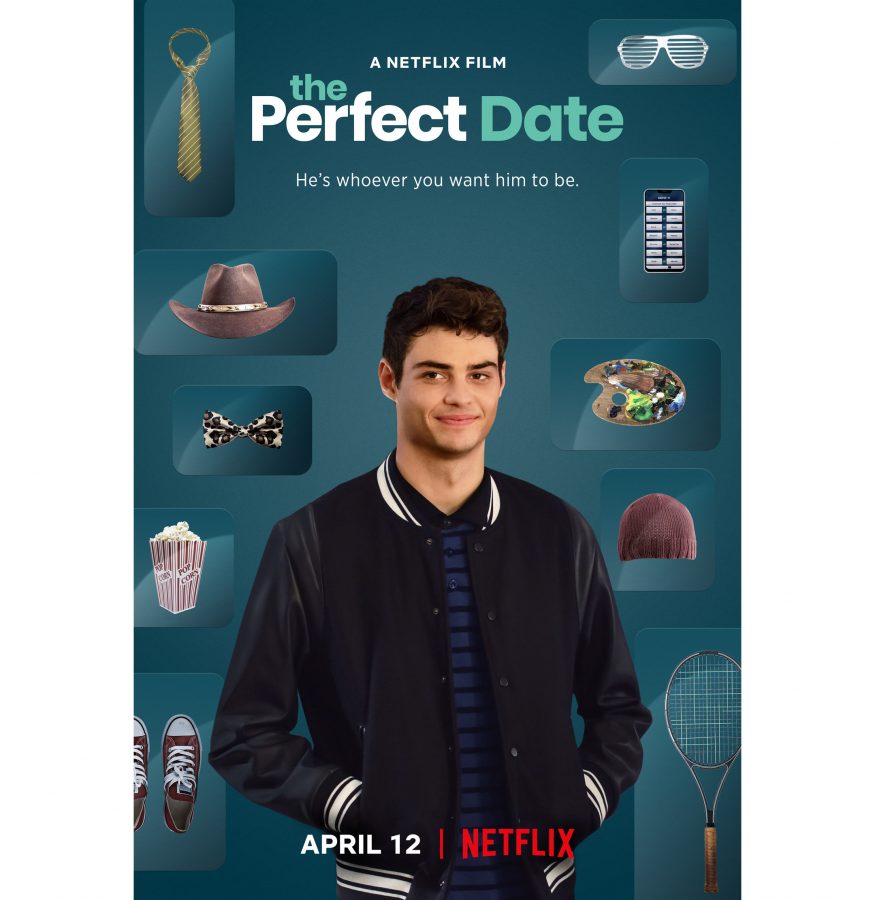 'The Perfect Date' is not so perfect after all, as the movie is predictable and lacks substance. (Photo courtesy of IMDb)

“The Perfect Date,” starring Noah Centineo of “To All the Boys I’ve Loved Before,” Laura Marano of “Austin and Ally,” and Camilla Mendes of “Riverdale,” combines young Hollywood’s recognizable faces into a plain, unoriginal film about teenage drama.

Playing on Hollywood classism tropes, Brooks Rattigan, Noah Centineo, is from a poor side of town living with his single father. His hopes and dreams to go to Yale, and he equates that with his other dream of getting the perfectly eclectic girl.

He proceeds to be paid to take a girl out on a date and uses his new found “hustle” as a way to pay for his dream to Yale, which is called the “stand-in” app.

Among Netflix’s successes and flops, this cheeky film with ‘Tumblr-like’ cinematic aesthetic falls starkly in the middle. It’s the kind of movie you shrug your shoulders to when it’s talked about, leaving an unsatisfying and unmemorable taste in your mouth.

It’s neither inspiring or creative, yet it is not a terrible or problematic film. I felt the moments of laughter as Brooks Rattigan, Noah Centineo, plays a naturally funny guy. His hilarity shines through in small moments, with his gay best friend or with Ceilia, Laura Marano.

Yet among the laughter there was, well, that’s it. Nothing more but a few chuckles and a couple of “aws.” The film does its best at trying to capture important learning moments, yet those moments lack necessary substance.

“The Perfect Date” sets the audience for a potentially funny and relatable movie, yet it’s overcrowding of known faces and try-hard usage of teen stereotype puts this potential to a halt.

Incredibly reminiscent to “Sierra Burgess is a Loser,” the film just screams “Netflix,” playing it safe with familiar elements including plot, cinematography and character progression.

There are moments of redemption when Rattigan begins to use his app to dress like hilarious characters and go on double dates, yet that begins to fall flat when he chooses the app over his best friend and becomes seemingly obsessed with the idea of being someone else.

The film’s predictability caused the film to become dry and dull as I watched the classic plot line of everything’s going great until everything goes wrong.

Netflix has made few achievements of making something quite magical when it comes to comedic films, and although the film was not a terrible one, it is most certainly not Netflix’s best.

All in all, it’s devoid of excitement, creativity, and innovation. I give this film a 2/5.