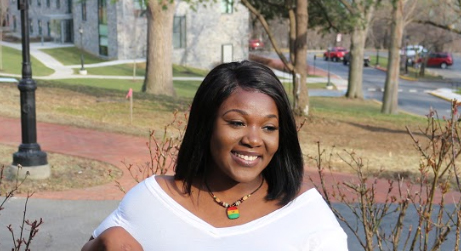 Zulaihat "Zuli" Yusif '19 will take on the new role of Sexual Violence Education and Support Fellow this year. (Photo courtesy of Zuli Yusif '19)

This year, students have a new available resource for support, assistance and education when it comes to navigating the policies that surround the college’s internal sexual assault procedures: Zulaihat “Zuli” Yusif.

Yusif ‘19, a previous member of Pards Against Sexual Assault (PASA), was hired this past July to serve as the college’s Sexual Violence Education and Support Fellow for the 2019-20 school year. While this position falls under the Office of Intercultural Development, Yusif said she is really an office of one.

“I exist as a separate entity, so really my job is to be a liaison for students. I’m really just giving them resources, I’m not PASA, and I’m not associated with the Title IX Office. We work closely together but it is it’s own division,” she said. Yusif said later in an email that while she does work separately, she hopes to bridge the gap between these two parts of campus by providing resources.

Yusif’s position is the realization of the administration’s promise made at the end of last semester to hire an “educational advocacy” position by the start of this semester. This promise, among others by the administration, come in response to a panel held at the end of last semester in which students expressed concerns about the lengthiness and lack of transparency surrounding the college’s internal complaint process for sexual misconduct.

While originally proposed as an educational advocacy role, Vice President of Campus Life Annette Diorio said that Yusif’s main role will focus on supplementing by-stander intervention training in addition to being another resource on campus for students.

“She is not a trained advocate. Advocacy services are available to students at no cost through the Crime Victims Council,” Diorio said in an email.

Yusif is, however, another private resource for students on campus, meaning that she would not be allowed to disclose identifiable information but would have to file a report through One Pard, the online college reporting system, that something did happen.

Diorio said the college also hired several local part-time investigators in an effort to address concerns about the speed, efficiency and transparency of these processes. Additionally, the Presidential Oversight Committee on Sexual Misconduct (POCSM) has been meeting during the summer and is planning to sponsor open forums to receive feedback from the community on proposed policy and procedure revisions that they hope, according to Diorio, will add clarity to the process.

Additionally, Diorio said that, as promised, the annual report from both the Educational Equity office and Student Conduct office will be published on the college’s website within “the next week.” Jessica Brown, recently promoted to Director of Educational Equity, also now serves on Diorio’s leadership team in an effort to strengthen the work in that office with other senior leaders on campus.

When it comes to transparency with specific cases, Diorio said, however, the college can only share what is permitted.

“In terms of transparency, we will only ever be able to report data in aggregate form so while I appreciate that what students would like is more specificity regarding individual conduct cases, we are prohibited by law from commenting on individual student behavior or conduct sanctions,” Diorio wrote.

Despite this boundary, Yusif hopes her unique position as both a recent graduate and a new college employee will be able to help increase transparency in regards to what happens administratively when it comes to policies and changes.

“I feel like it’s given me a dual lense, because to some degree I’m still seeing things as I did four months ago, and to another degree I’m seeing them from a professional standpoint,” Yusif said.

”I think being able to explain [how policy change happens on the administrative side] to students is something they appreciate a lot more. Students want…someone who will tell them the truth.”

The “truth,” Yusif later said in an email, is the articulation of the fact that “there is a process. [Students] like to think there is a mystical administration that just makes decisions. Really, I want students to know there is a chain of command and everyone works within their capacity as quickly as they can to serve students.”

For now, Yusif is focused on finding 20 new students and eight faculty and staff to be trained as by-stander intervention trainers by November 17. From there, with this new team, she hopes to collaborate on how to reach students she says tend to be out of many people’s radars.

Yusif will be tabling next Monday in Marquis Dining Hall from 12-1 pm to introduce herself and offer resources to students, and will be continuing this at varying locations throughout the coming weeks. She also said she wants students to know that her office, located at Farinon 115 D, is open for any student who needs her assistance.