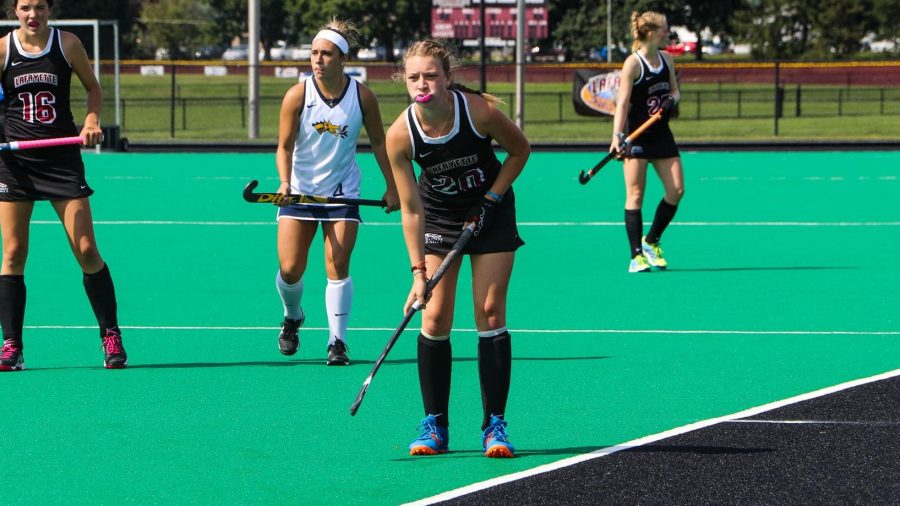 Field hockey has recently been the most successful Lafayette team in the Patriot League. (Photo courtesy of Athletic Communications)

Statistically one of the most successful teams in Lafayette athletics, the Leopards field hockey team worked to a 8-11 overall record last season. After averaging a full goal per game more than their opponents throughout the season, they earned a 4-2 record in league play. They were the only Lafayette team to finish .500 or above in the Patriot League, as all other teams combined for a 30-117 win-loss record.

After a first-round exit in the Patriot League tournament, the team is poised to make another run with their top two goal scorers from last season, sophomore forward Molly McAndrew (seven goals) and senior defender Lisa van der Geest (six). McAndrew’s seven goals were good for fifth in the conference, while this fall van der Geest added preseason defensive player of the year to her resumé.

“I do believe [van der Geest is] the top defender in the league,” head coach Jennifer Stone ‘04 said.

Senior goalie Sarah Park, who started all 19 games last fall, is returning after ranking fifth in the Patriot League in saves with 76. According to Stone, Park and sophomore Hailey Abbott have been competing in training against each other. She says either goalie could “really make an impact.”

Among the team’s five 2019 graduates are midfielder Theresa Delahanty, who scored five goals last season, and defender Rachel Bird, whose six defensive saves led the Patriot League and doubled up the next closest player. Van der Geest has stepped in as the captain this year.

“The veterans on the team have had a pretty big influence,” Stone said. “They do have a lot of experience out there. We for the most part recruit on a regular cycle so we never really get to the point where we have this massive turnover, we’re graduating a bunch. Because of that we have a consistent group that’s coming back, and within that some really top players for us.”