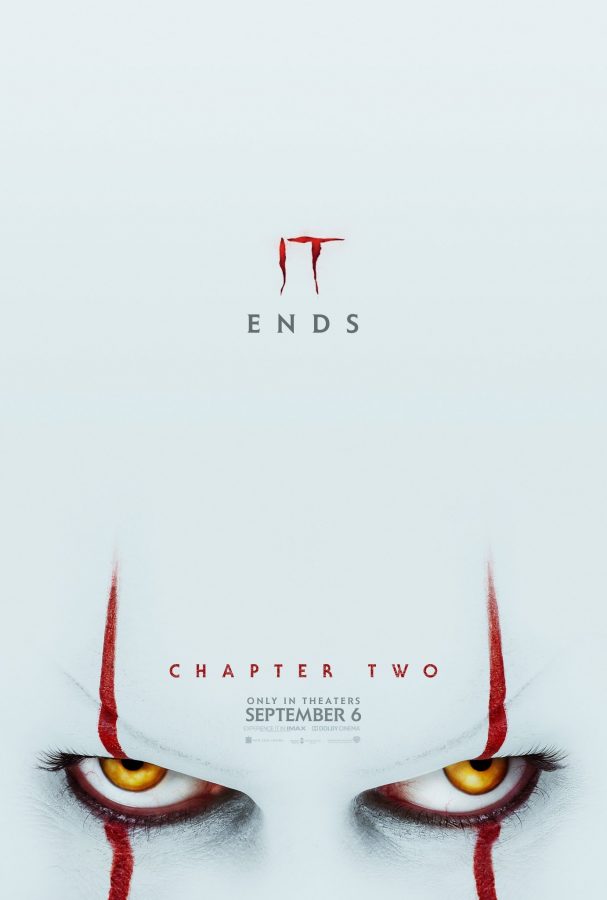 'IT Chapter Two' becomes a great end to the movie saga with strong character development and story sequence. (Courtesy of IMDB)

“IT Chapter Two” takes viewers back to Derry, Maine, where Pennywise the Dancing Clown (IT) has returned after his loss to the Losers’ Club twenty-seven years after “IT” took place.

Mike Hanlon, the only Loser who remained in Derry, contacts his old friends to fulfill their oath to stop IT. Each one of them has gone their separate ways since the end of the first movie with little memory of Pennywise or their childhoods.

However, after Mike finally calls them, their memories come flooding in as they hurry back home. Once they reunite, they hatch a plan to defeat the ravenous entity once and for all.

The film analyzes the effects of childhood trauma as the Losers struggle to remember their past after leaving Derry. When each of the Losers explores the town on their own, viewers see glimpses of events in their lives not shown in the first movie, including past encounters with the demonic clown.

While these flashbacks may seem jarring and ambiguous within the saga’s continuity, the extent to which the protagonists were impacted by their upbringings is made clear.

“Chapter Two” also shows how the Losers’ troubled childhoods have manifested themselves into adulthood. Beverly has married an abusive man just like her father, while Eddie has married a woman similar to his overbearing mother. Even Mike is caught up in his unyielding obsession over defeating IT.

Despite this, the Losers learn how to escape their past as they regain their memories in their journey to kill Pennywise.

The film is a perfect blend of horror and humor topped with stellar performances from its all-star cast, who are the spitting images of their younger counterparts. However, Bill Hader’s portrayal of Richie steals the show with his professional brand of humor, and James Ransone’s Eddie comes in at a close second.

Fans of the novel will also be pleased with its faithfulness to the source material, as the film explores what IT really is.

Overall, the film stands as a perfect ending to the two-part saga, one that surpasses that of the original miniseries.