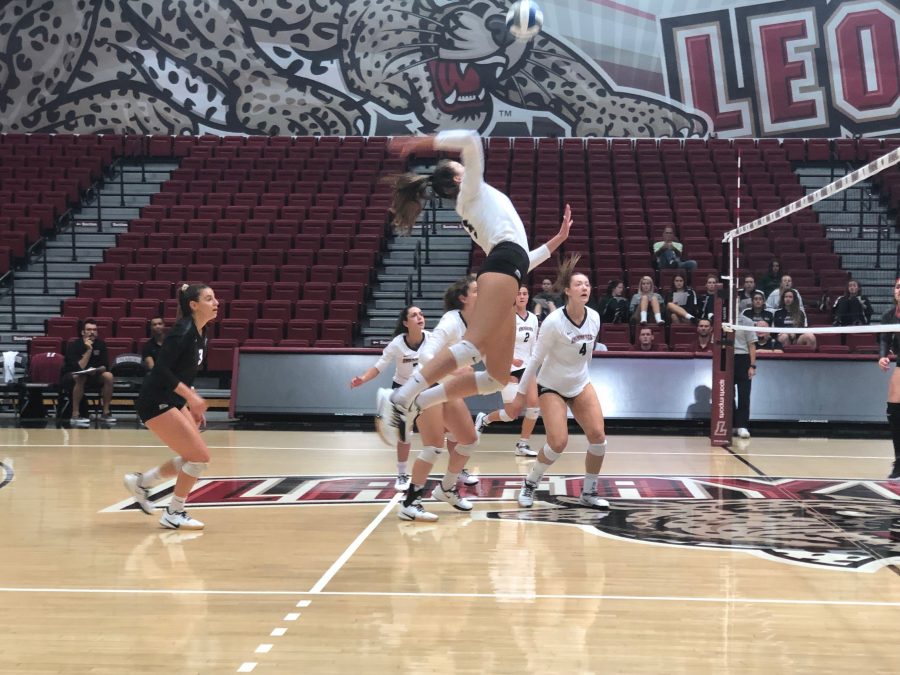 The Lafayette volleyball team hosted the Crosstown Invitational this past weekend and went 2-2 in the tournament before winning on the road against Fairleigh Dickinson University (FDU) on Wednesday.

Against FDU, the Leopards lost the first set 25-15 before winning the final three sets en route to the victory. Lafayette tallied 60 kills to FDU’s 25, and sophomore outside hitter Leanna Deegan led the team with 15. Sophomore outside hitter Grace Tulevech had 13 kills and freshman outside hitter Ellie Carrera-Justiz had 11. Senior setter Julia Howard recorded 26 assists and a trio of aces.

“Every woman on this team is working hard on a daily basis and any growth we make is a byproduct of the effort we put forth day in and day out,” Adams said. “It’s such a pleasure to be around such an amazing group who want to be better than ever before.”

The team opened the weekend invitational by securing their first win of the season, 3-1 over Delaware State University (DSU) before falling to Manhattan College later in the day 1-3. On Saturday, the Leopards lost to the University of Pennsylvania (UPenn) in four sets, but closed the day with a win against the University of Maryland Eastern Shore (UMES), 3-1.

The recent victories were the first for the program since nearly a year ago. Deegan, who owns the Patriot League record for kills in a single game with 34, averaged nearly 11 kills per game during the invitational.

“It felt great to get a win and celebrate with my teammates,” Deegan said. “It has been a while, and it felt even better to do it on our home court.”

“The biggest deciding factor [in the wins] came within our serve and pass game giving us the ability to sideout early and often,” Adams said. “Also, limiting our errors in bad situations. We have a red-light/green-light mentality. Red light [means to] extend a rally to give our side a chance to dig and convert. Green light is a good situation where we are looking to swing to score.”

After not losing any seniors to graduation this past year, the Leopards have a lot of returning players on the roster. However, some freshmen like outside hitter Ellie Carrera-Justiz have carved out key roles early on in their college careers.

Carrera-Justiz says the transition from high school volleyball to college, where she currently leads the Leopards in points per set has been “exciting,” but also “a lot of work,” as she says the game is faster in college.

“I really believe I am a better player than when I showed up on the first day of preseason,” she said. “Playing with the older girls on the team who have more experience has allowed me to grow as a player and learn from them.”

“I definitely had butterflies stepping into my first tournament,” Carrera-Justiz added. “I didn’t know what to expect from the other teams so I just had to focus on myself and the team, and play how we had been practicing. After a few sets, it felt natural again.”

The Leopards return to action tonight as they host Merrimack College at 7 p.m. as part of the Lafayette Invitational. The team will face Delaware State and Siena College at home tomorrow at 12:30 and 5:30 p.m., respectively.