Track and field coach Curcio represents USA as coach in meet vs. Europe 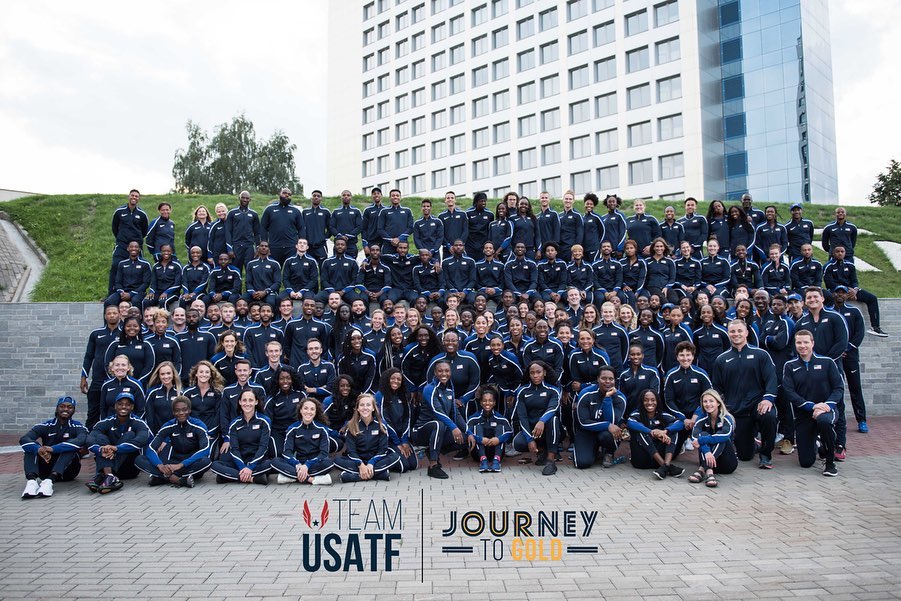 Track and field and cross country head coach Michele Curcio visited Eastern Europe as a USA representative in the Europe vs. USA meet last week. Curcio was selected as one of just 24 staff members attending, after applying for the position and being selected by a committee. Her job was to coach the track and field athletes in throwing, who competed in a two-day meet in Minsk, Belarus, after four days of practice.

Curcio said she entered the selection process in the same way a job application works. She applies for several of these positions throughout the year, but tries to make it work around Lafayette’s schedule. For instance, she said she chose not to apply for the world championships in Doha, Qatar later this month because they’re in the middle of Lafayette’s season.

Curcio said she coached athletes who are mostly in their 20s, but some in the 30 and over group. Three of the athletes she coached have Olympic medals to their names, including Allyson Felix, who Curcio considers to be “the most decorated female track athlete in the Olympics.”

Despite their accolades, Curcio said that coaching the athletes abroad is similar to coaching at Lafayette.

“That’s the one thing I learned…no matter if they’re 28, or 18, sometimes they’re still going to need help, you know, in many different ways,” Curcio said.

Curcio said the environment at the Dinamo National Olympic Stadium was an “awesome” setting for the international competition.

“They have a track, but it’s also a soccer stadium and it was loud, they played music, it was not typically a lot [of] what you see in the US,” Curcio said.

She said that the European support is sometimes stronger for track and field teams whereas interest is often low in America in terms of people going to watch the competitions.

“[At the meet] everything is going on, there are people yelling and screaming,” Curcio said. “It was a very good environment, saw some personal bests from people on the women’s throw side, some of whom are top-10 in the world. So it’s cool to be around.”

Curcio returned from Europe in time for the dual meet against Lehigh, which the Leopards lost. The best Lafayette finish for the men was sophomore Brian Clayton, who finished fourth in a field of 26. On the women’s side, sophomore Autumn Sands had the Leopards’ best finish with a fifth place showing in a field of 33 runners.

Curcio said that despite the results, she feels the team performed very well against Lehigh and held their own against tough competition.

“The three women that went 1, 2, 3 for Lehigh were All-League selections last year in cross country, so you’re running against some of the best,” she said. “So I think the young ones really performed well.”

“And on the men’s side, I’ve been the coach here since 2013 … I can say this was probably one of the best men’s performances we’ve had overall as a team,” Curcio added.

The Leopards will be back at Lehigh for the Paul Short Invitational on Oct. 5.