The ‘end of the line?’: Students and faculty discuss impeachment of President Trump 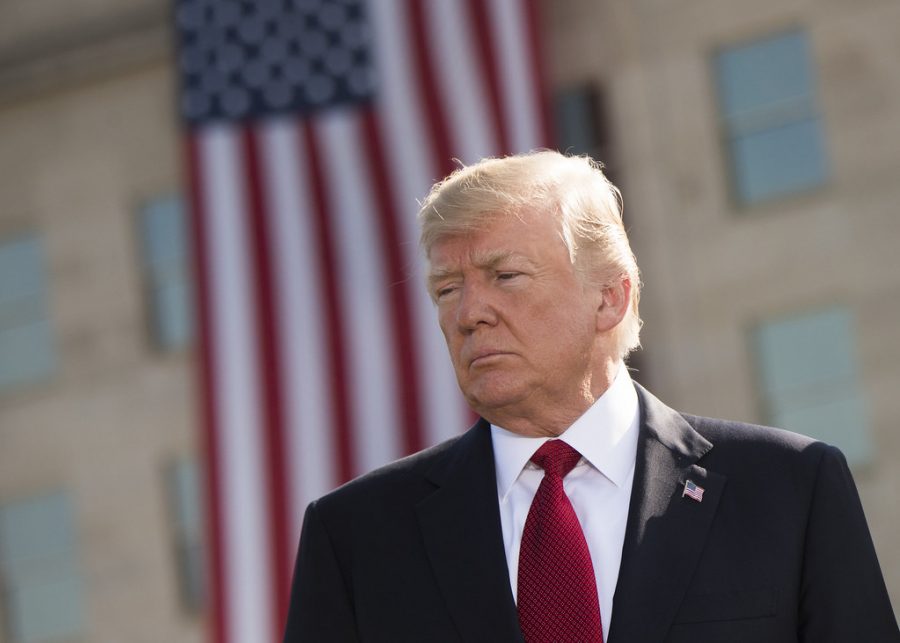 Last Tuesday the House Speaker Nancy Pelosi formally announced the impeachment inquiry against President Donald Trump. The democrats in the House are accusing President Donald Trump of trying to solicit the aid of a foreign power to intervene in the 2020 elections, based on an international call placed by Trump on July 25 to Ukraine’s president, Volodymyr Zelensky, according to The New York Times.

John Kincaid, professor of government and public service, explained that Trump asked Zelensky indirectly if he could provide potentially damaging information about Joe Biden’s son, as Joe Biden might be the candidate that Trump is running against in the upcoming 2020 elections.

In addition to Trump’s desire to look at Biden and his son, Trump also asked Zelensky to “do us a favor” and look into whether it was the Russians or Ukrainians that were involved in the hacking of the 2016 Democratic National Committee, according to The New York Times.

“The Constitution provides for the impeachment process, it’s in two stages. In the first stage, the House of Representatives investigates and votes for or against the articles of impeachment,” Kincaid said. “When someone’s impeached it’s simply the House listing the reasons why they feel that the person should be removed from office.”

The second stage is the trial by the senate. The senate considers the charges and the Articles of Impeachment and decides whether to remove the president from office. If the president is removed from office, he is disqualified for running for federal office again, Kincaid explained.

“That would be the end of the line for Trump, he wouldn’t be able to continue running for reelection,” Kincaid said.

“In the phone call, Trump does ask the Ukrainian leader for ‘Hey, can you help us out?’ So, the democrats are saying that it was really a high crime and misdemeanor, the republicans, of course, are seeing it quite differently,” Kincaid said.

Maura Sweeney ’21, the communications director for the College Democrats, explained that in general, the club agrees that Trump should be impeached.

“It’s not all have like one collective opinion, but the general consensus is, yes, he did something wrong, and yes, he should be investigated for that,” Sweeny said.

“As a club, we think they’re generally justified, obviously, he hasn’t been impeached yet, it’s merely an investigation,” Daniel Markovits ’20, president of the College Democrats, explained. “We think it’s important as students and citizens that someone who’s behaved so egregiously and has sort of threatened our democracy to this extent is, at the very least, investigated and held accountable for his actions.”

On the other hand, Charles Nutaitis ’20, the president of the College Republicans, is not surprised by the democrats’ push to investigate Trump and begin an impeachment inquiry in the House.

“Ever since Inauguration Day, [democrats] have been trying to find a reason to impeach Donald Trump,” Nutaitis said. “There was the Russian collusion, there was other various acts that they called unpresidential.”

Nutaitis explained that he does not think that the inquiry is going to affect Trump’s voter turnout in the 2020 elections.

“I really don’t see a significant amount of people changing their vote over this, because this really isn’t that shocking since it’s been talked about for two and a half years,” Nutaitis said.

Kincaid mentioned that this may motivate more students to vote, especially if the senate does not remove him from office.

“We’re college students, we’re going to be around for a long time and we have a stake in the future of the country,” Markovits said.